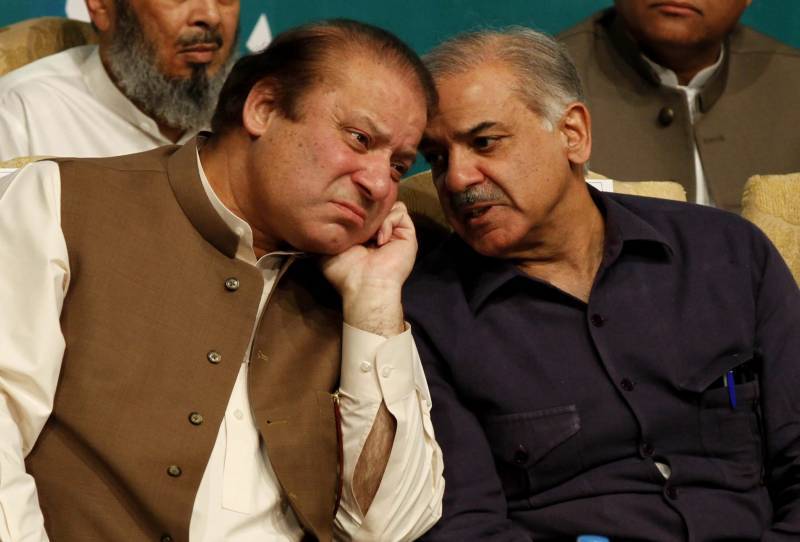 ISLAMABAD – Deposed Pakistani premier Nawaz Sharif, who according to PML-N leaders can no longer be kept away from his people, is waiting for the final nod from his brother, the sitting Prime Minister Shehbaz Sharif and Finance chief Ishaq Dar.

A report in Geo News quoting well-informed sources claimed that the premier and the country’s new finance chief will guide Nawaz to return to his homeland at right time.

Sharif's possible return to his native country becomes the talk of the town ahead of the next general elections. It was also reported that Nawaz will return home at the earliest on the dissolution of assemblies to lead the party’s election campaign.

The development comes as Pakistan Tehreek-e-Insaf has decided to announce the dissolution of assemblies during the power show at Liberty Chowk in Lahore on December 17.

Some reports quoting PML-N members suggest that the leader of the country’s ruling party has finalized a plan to end his self-exile ahead of the next general elections. He also finalized consultation with his legal team in this regard as the next elections are crucial for the ruling alliance that is facing ousted premier Imran Khan.

Soon after his arrival, Sharif’s legal team will approach courts against his penalty in the corruption reference.

The deposed premier has also directed party leaders to conduct elections within 90 days of the dissolution of Punjab and KP assemblies.

PML-N chief was sentenced to jail for 10 years after he was found guilty in a corruption reference in 2018 by an accountability court. The deposed PM was later released on health grounds in November 2019 and allowed to seek treatment in the UK; he has not returned to his home country since then.