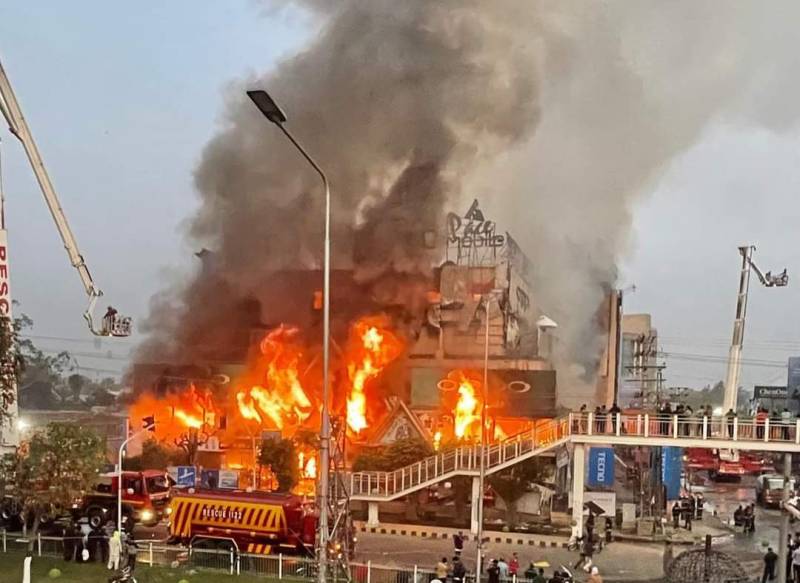 The fire was so intense at the four-story mall that firefighters battled the flames all night using 20 fire trucks. No casualties were reported in the incident.

A large number of shopkeepers flocked outside the plaza soon after the fire erupted and some even tried to get inside and save as much of their goods as possible, however, they were restricted due to the intensity of the fire.

60 rescue workers were rushed to the shopping center in the wee hours as pictures and clips doing rounds on the internet showed flames and smoke drifting into the sky.

Meanwhile, the cause of the fire is not known as of now while investigations are underway to determine the cause, officials said.

On the other hand, shop owners alleged plaza management for their role in the incident. Traders maintained that fire of this intensity could not erupt because of a short circuit.

Meanwhile, the incident was the fifth major fire reported in the Gulberg neighborhood over the last four years. Earlier, a massive inferno in Hafeez Centre gutted more than 400 shops, godowns, and repair facilities, inflicting heavy losses on traders.