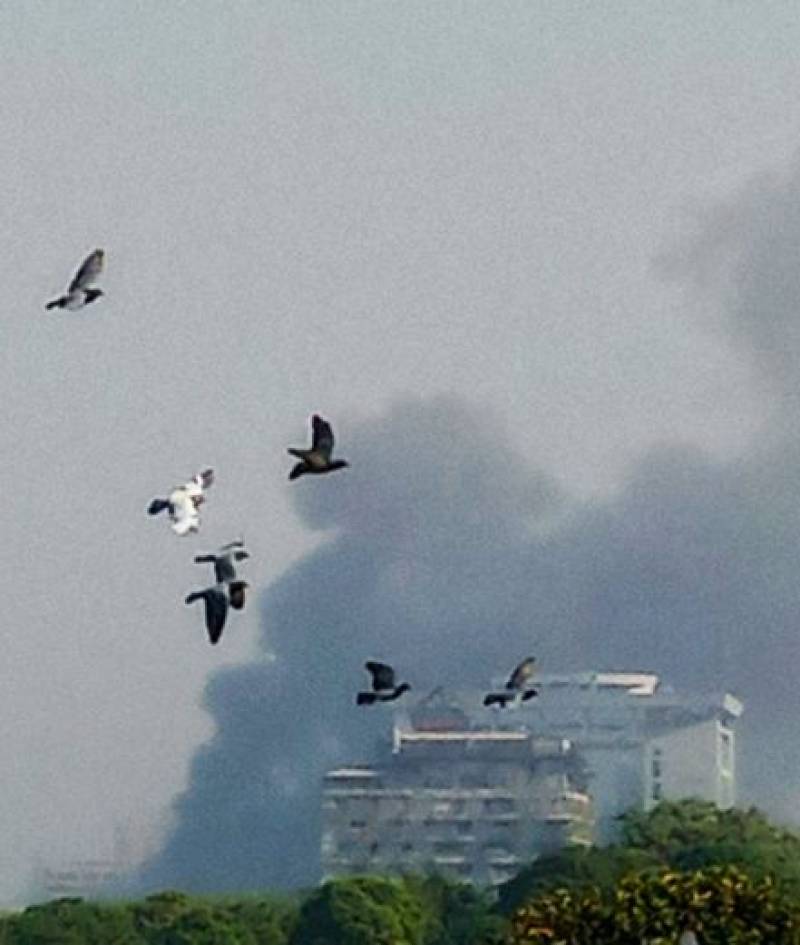 The fire brigade was called soon after the fire broke out around 6:00 Am.

More than 16 vehicles and 40 fire fighters are putting hectic efforts to control the fire.

According to media reports, several people were trapped on the roof of the plaza.

Millions feared loss in the enraged fire so far, but no loss of life has been reported.

The fire started om the second floor of the Center. The center is famous for its innumerable computer and mobile phones shops.

The process of extinguishing the fire is underway as the fire has engulfed the other portions of the building as well.

The fire was caused due to an electrical short circuit has spread to the fourth floor of the building.

Chief Minister Usman Buzdar has directed swift rescue operation to control the fire that has gutted more than 50 shops in the plaza.

The CM Punjab is also reportedly in constant contact with the Commissioner Lahore Division and rescue officials to ascertain the situation.