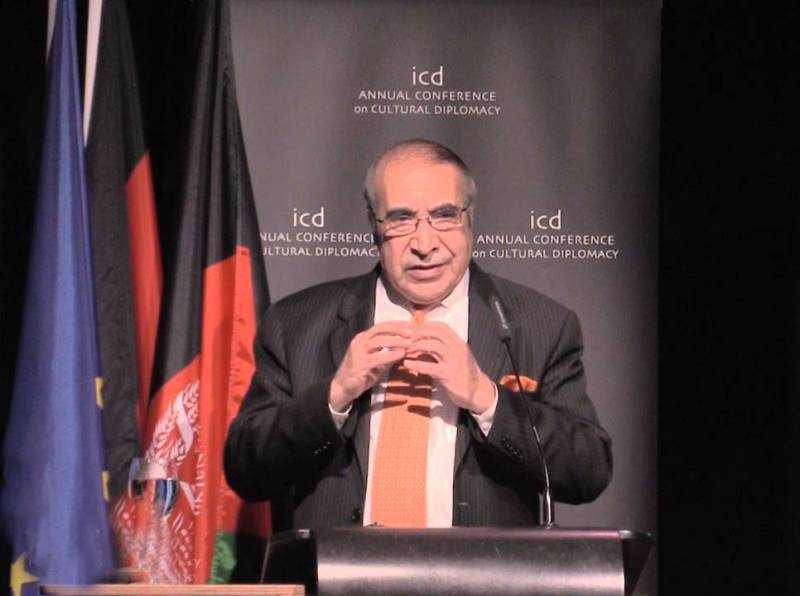 KABUL – Taliban entered the Afghan capital today and are waiting for a peaceful transfer after pledging not to take it by force.

Reports quoting sources cited that the transition in the war-torn country will take place peacefully with security forces remaining in place to ‘ensure Kabul’s security’.

Former Afghan ambassador to Germany, Ali Ahmed Jalali, has been appointed as the head of the new interim setup, per Afghan media reports. The head of Afghanistan's High Council for National Reconciliation Abdullah Abdullah is acting as the arbitrator in the negotiations.

Afghan officials claimed that Taliban representatives move to the presidential palace to discuss the peaceful transfer.

Meanwhile, Acting Defense Minister Bismillah Khan, in a video message, said “Authority has been given to a delegation that will be going to Qatar tomorrow to reach an agreement on Afghanistan and I assure you about the security of Kabul.”

Taliban spokesman Suhail Shaheen while speaking with a foreign publication said that the insurgents are ‘waiting for a peaceful transfer of Kabul city’ however he didn’t share specifics on any possible negotiations between both sides.

KABUL – Taliban, who are an inch closer to a complete military takeover of Afghanistan, entered the country's ...

Reports quoting sources claimed that the militants tried to calm locals of the Afghan capital. “No one’s life, property, and dignity will be harmed and the lives of the citizens of Kabul will not be at risk,” Taliban assured.

However, despite the assurance, many Afghan nationals are rushed to leave the country through the Kabul airport, the last route out of the country as the Taliban now hold every border crossing.

The streets of the Afghan capital are jam-packed as people scrambled to get home or to their families. However, she reports that things are slowly getting back to normal, but there are massive traffic jams.

Earlier, a number of shuttle flights began a few hours near the US embassy after the militants seized the nearby city of Jalalabad. Diplomatic armored vehicles could also be seen leaving the area around the post.

Furthermore, the US State Department did not comment about the movements while smoke clouds could be seen near the embassy’s roof as officials destroyed all sensitive documents.

Multiple columns of smoke over US embassy Kabul. Staff burning sensitive documents on the way out. Blackhawks and Chinooks doing the rounds between the embassy and the airport. Taliban taking the surrounding areas to tighten the siege. #Kabul #Afghanistan pic.twitter.com/OmTfd7DyXr

Afghan President Ashraf Ghani, who earlier addressed the nation for the first time since the offensive began, appears increasingly isolated as well.

QUETTA – The Pakistan government Sunday ordered shut down of Torkham border with Afghanistan after Taliban ...