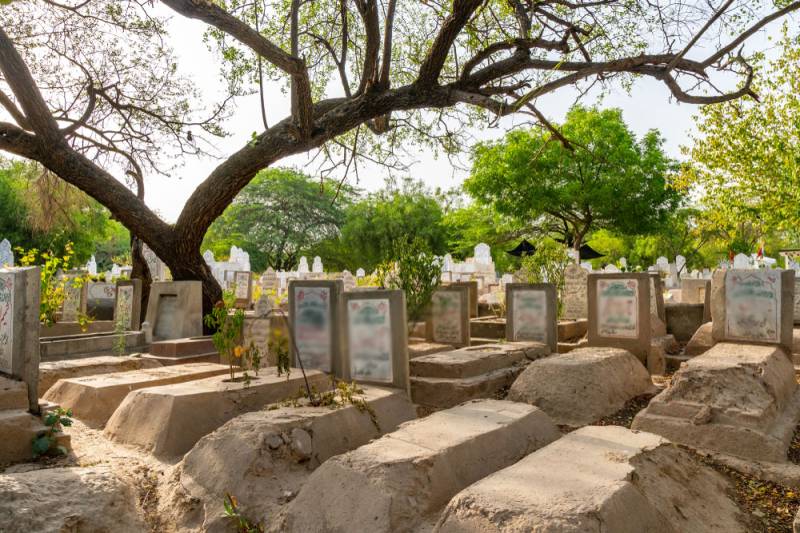 KARACHI – In a shocking incident of Necrophilia in Maulvi Ashraf Chandio village of Sindh, a group of unidentified men raped the body of a 14-year-old girl after digging it out from the grave in which she was buried on Friday.

The gruesome incident occurred near the coastal town Ghulamullah on Saturday.

Reports in local media quoting the victim’s parents and relatives cited that they believed a local man Rafique Chandio, who was the son of the village landlord, was involved in the heinous crime.

The family alleged that they buried the 14-year-old girl, who had died of natural causes, in the village’s graveyard late last night and returned.

On the next day, when the parents visited the grave in the morning they found it dug up and the body missing. Later, they found a dead body in a ditch in a deserted area.

Following the shock, the distressed family approached law enforcers to report the matter but they paid no heed. The parents then brought the body to Thatta Civil Hospital for autopsy where the medical superintendent confirmed the assault on the body, per reports.

LAHORE – A teenage boy sexually assaulted and killed his eight-year-old minor brother whose body was recovered ...

Police said they have launched an investigation into the incident. The Thatta Senior Superintendent of Police (SSP) while speaking with a news outlet mentioned that one to two persons are suspected of being involved in the incident and all-out efforts are underway to bring the culprit(s) to justice.

Leader of Opposition in Sindh Assembly Haleem Adil Sheikh, rushed to the remote area of Sindh to offer condolences to the victim’s family. The PTI leader while lamenting at the situation said that Sindh had turned into a state within a state where influentials associated with Pakistan Peoples Party ruled their respective areas on their own. The provincial government in Sindh had now forfeited its right to govern, he said.