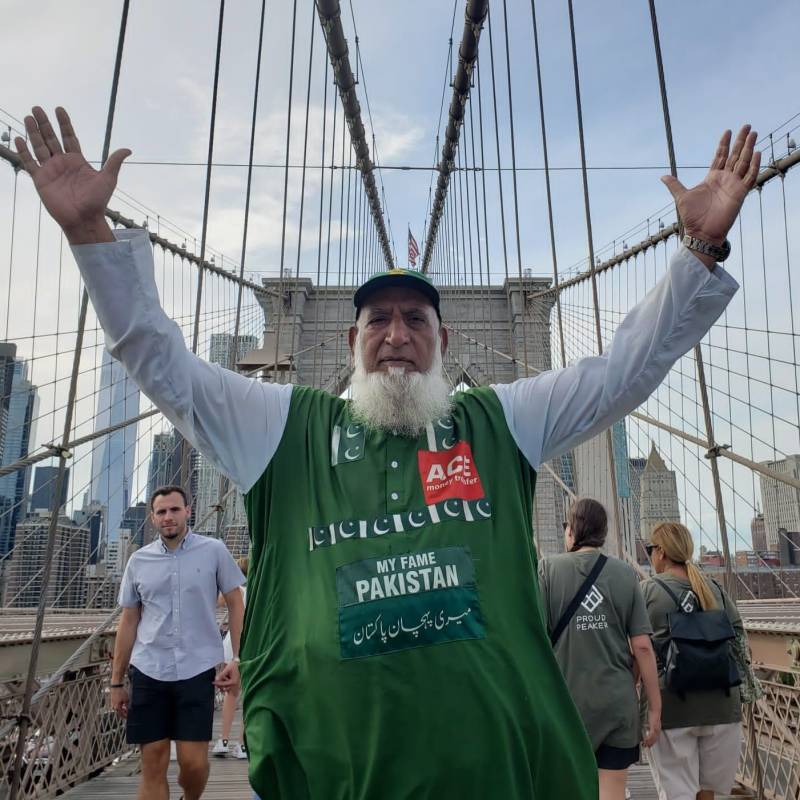 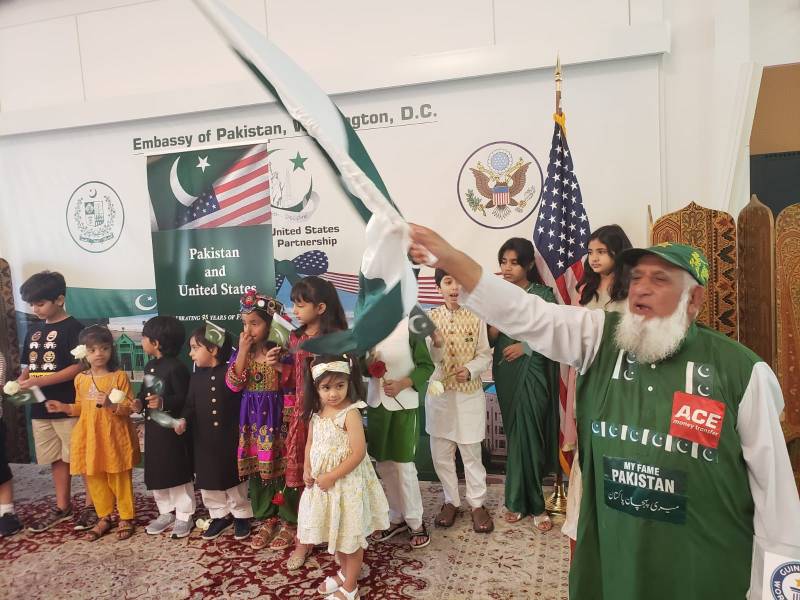 NEW YORK – Pakistan's most popular cricket spectacular personality Chaudhry Abdul Jalil aka "Chacha Cricket" has arrived in the USA, where he is participating in various events related to the 75th year Independence Day. On 14 August, he attended the Independence Day celebrations at the Pakistan Embassy in Washington, DC.

The Uncle Cricket was dressed up in a green and white salwar kameez to suit the Pakistani flag, which was mentioned "My fame Pakistan" slogan. Mr. Abdul Jalil became the center of the event. During the event many people kept taking photos with him. On this occasion, Pakistan's Ambassador to the US Masood Khan and other staff members welcomed him.

Earlier, after coming to New York, he wore his special outfit which had "Pakistan Meri Pehchaan" written on it, he also visited various tourist places in New York. He also took photographs on top of the famous Brooklyn Bridge in New York.

The Pakistanis saw him and kept making Selfis with him.  Abdul Jalil will also attend the Independence Day Brooklyn Fair at Coney Island Avenue in New York on August 16.

Born in 1949 in Sialkot, Pakistan, Abdul Jalil, 73, aka "Uncle Cricket" is known all over the world by the name of "Chacha Cricket. Abdul Jalil, with a white beard, is seen jumping and shouting slogans during every match, wearing a green Pakistani flag's matching salwar kameez.

KARACHI - Pakistan’s all-time young cricket fan known as Chacha Cricket will be getting an international award for ...