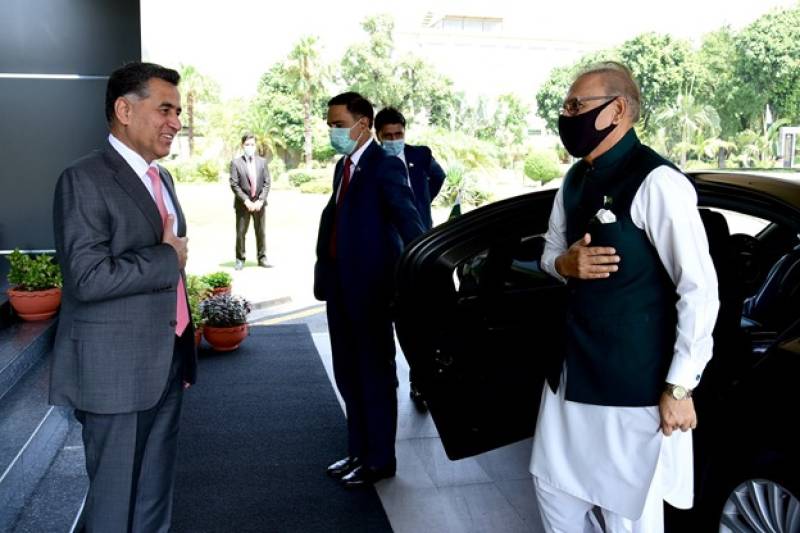 ISLAMABAD – President Dr Arif Alvi was given a briefing on the security situation in Pakistan and Afghan peace process during a visit to the Inter-Services Intelligence (ISI) Secretariat on Thursday.

A press release issued in this regard stated that the “President, being keenly interested in the subject, was also briefed on cyber-security.”

It further added that Dr. Alvi appreciated the efforts of Inter-Services Intelligence for national security and expressed his satisfaction over their professional preparedness. DG ISI Lieutenant General Faiz Hamid welcomed the President on his arrival.

Earlier, Prime Minister Imran Khan also visited the headquarters of the Inter-Services Intelligence (ISI) along with senior federal ministers where he was briefed on the Afghan peace process.

The meeting chaired by the premier at the ISI headquarters was also attended by heads of intelligence agencies, Intelligence Bureau (IB), Federal Investigation Agency (FIA), and senior cabinet members.