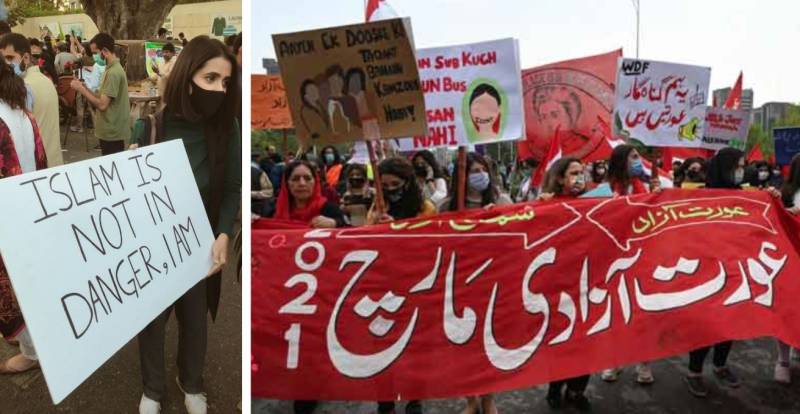 ISLAMABAD – The federal government has ordered a probe to find the perpetrators behind the smearing campaign in relation to the Aurat March 2021, Pakistan’s minister for religious affairs has said.

Announcing the decision yesterday, Noor-ul-Haq Qadri said that an investigation was being conducted to find the reality behind the controversial material posted on social media. "No such activity can be allowed in Pakistan and whosoever is involved in the activity will be exposed and punished according to the law," he warned.

It all started with a doctored video from the Karachi rally in which a large number of women could be seen chanting slogans in a unified formation mentioning religious personalities.

Afterward, a large number of internet users grouped together and came up with different trends and demands to ban Aurat March.

Earlier, Aurat March organisers had also clarified the controversy which generated anger and criticism on social media. The video and banner were edited to spread misinformation and malign the march. The organisers also shared the original clip with the correct subtitles.

The organisers have also clarified that participants had only shared their experiences on the banners as many of the victims are sexually assaulted by the older men and had written down their ordeal on the banner. Any other meaning is misleading and false, it added.

Every year on International Women's Day, Aurat March faces backlash from certain segments of the society for "going against" the fundamentals of the country's ideology.

The latest edition to the list of celebrities who have stepped forward to support Aurat March 2021 is singer Meesha ...