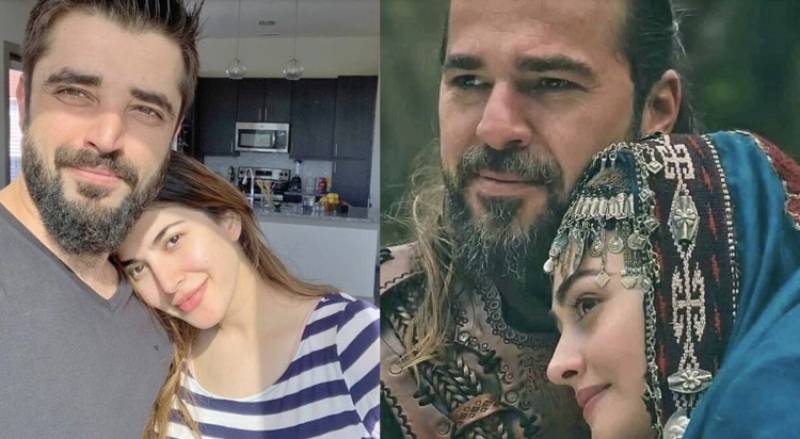 Turkish drama, Dirilis: Ertugrul has experienced such a meteoric rise in popularity in Pakistan and it’s evident that the hype of the show isn’t dying anytime soon!

claimed to be in touch with Humayun Saeed to work on a Pakistani adaptation of the show.

While Humayun denied working on the project, Twitter has come up with the perfect fit for the protagonists of the show.

Netizens think that if a Pakistani version is created then Hamza Ali Abbasi could portray Ertugrul Ghazi and Naimal Khawar Abbasi would be the ideal choice for Halime Sultan’s character.

The internet is flooded with the images of comparisons between Hamza and Naimal and Ertugrul & Halime Sultan.

I don't know about similarities but if this show was made by Pakistan then definitely #hamzaaliabbasi was a best option for #ErtugrulGhazi https://t.co/W9s8ra0IMM

Am I The Only One Who Finds Some Resemblance between #HamzaAliAbbasi and #ErtugrulGhazi ? 🙊🙊😀😀