Turkey wants Pakistani support in fight against PKK, IS 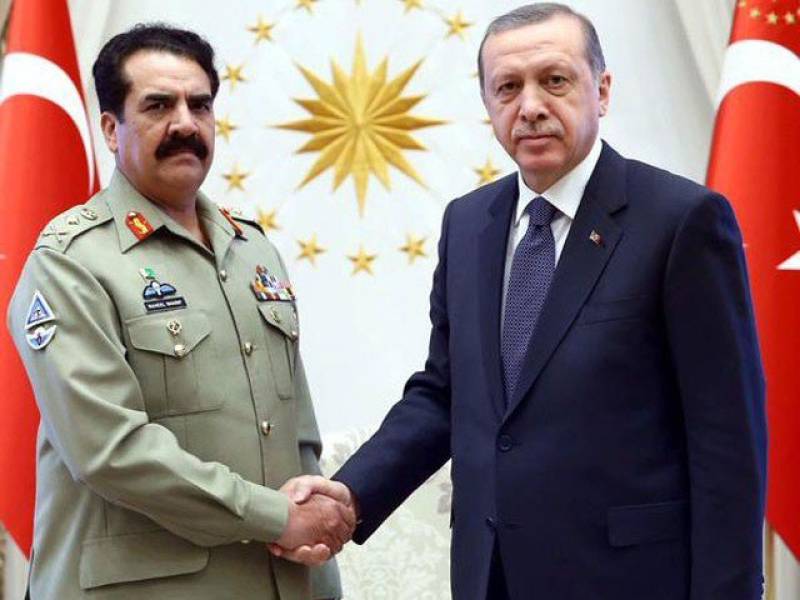 ISLAMABAD (Staff Report) - Turkish government has sought the help of Pakistani armed forces to begin a decisive push against Kurdish group PKK and Islamic State group which controls major areas of Syria and Iraq that border with the country.

According to top level sources in Pakistani military the request was made by Turkish President Recep Tayyip Erdogan during the three-day trip of Chief of Army Staff General Raheel Sharif, just days after a deadly attack in Ankara that claimed more than a hundred lives.

Turkish leadership believes that Pakistani army and air force, which have gained a decade-long experience to combat gorilla warfare of Taliban insurgents, can support the Turkish forces in fight against terrorist groups that have been posing a serious threat to the country this year.

During the visit of army chief Turkey insisted that Pakistan should extend greater anti-terror cooperation in the wake of poor law and order situation Middle East, said sources.

It is however unclear that how would Islamabad respond to Ankara's request although General Raheel Sharif has assured a total support to the Turkish leadership in tackling their current security challenges.

Earlier this year Saudi Arabia also approached Pakistan to join the Arab coalition to fight Houthi rebels who thrown out the Yemeni President Hadi in July. Pakistani forces refused to join the war saying that they were busy fighting Taliban in tribal region of the country.