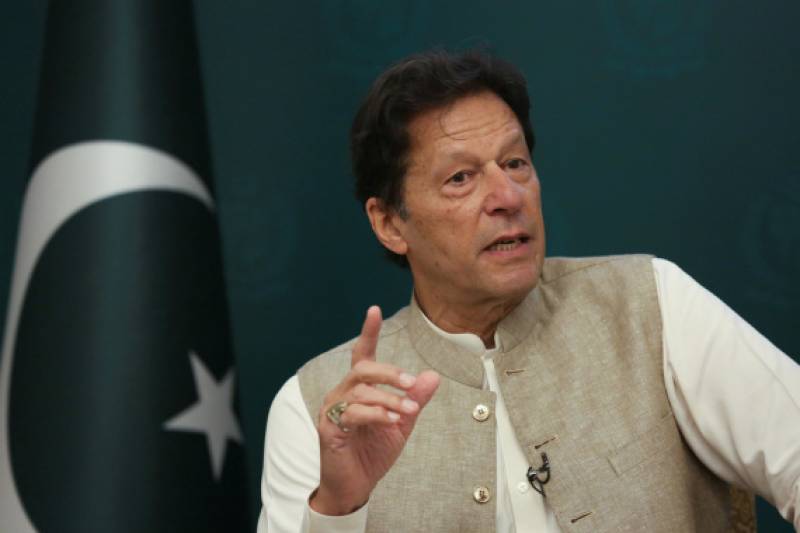 ISLAMABAD – Prime Minister Imran Khan Wednesday said that Afghanistan could not be controlled by outside forces and urged world to engage the Taliban by incentivising them on their pledges related to inclusive government and women’s right.

"No puppet government in Afghanistan is supported by the people. So rather than sitting here and thinking that we can control them, we should incentivise them. Because Afghanistan, this current government, clearly feels that without international aid and help, they will not be able to stop this crisis. So we should push them in the right direction," Khan told CNN.

It was PM Imran Khan’s first interview to an American news channel since the Taliban took over Afghanistan and announced interim government structure.

"Afghanistan is on historic crossroads. The Taliban hold all of Afghanistan and if they can sort of now work towards an inclusive government, get all the factions together, Afghanistan could have peace after 40 years. But if it goes wrong and which is what we are really worried about, it could go to chaos. The biggest humanitarian crisis, a huge refugee problem," he said.

The premier said that the Taliban sought aid from international community to aver crisis, adding that the financial support could lead the group in "the right direction towards legitimacy."

He also feared a civil war in the neighbouring country following the withdrawal of the US forces as it had happened when the Soviets left Afghanistan in 1989.

"Our intelligence agencies told us that the Taliban would not be able to take over all of Afghanistan, and if they tried to take Afghanistan militarily, there would be a protracted civil war, which is what we were scared of because we are the ones who would suffer the most," Khan said, adding that the world should give the Taliban time to set up a legitimate government and fulfill their promises.

Talking about women rights, Khan said: "It's a mistake to think that someone from outside will give Afghan women rights. Afghan women are strong. Give them time. They will get their rights".

"Women should have the ability in a society to fulfill their potential in life," Khan told CNN.

"In Pakistan, what we have done is we have actually paid stipends to poor families to get the girls to study in school because we feel that if the girls, if the girl child studies, if they have education, they will get their own rights," he said.

While talking about ties with the US, he said that he had not spoken with President Joe Biden since the withdrawal of foreign troops.

"I would imagine he's very busy, but our relationship with the US is not just dependent on a phone call, it needs to be a multidimensional relationship," said Khan.

He lamented that Pakistan was used as “a hired gun”,

"We were supposed to make them (the US) win the war in Afghanistan, which we never could."

He said that thousands of Pakistanis lost their lives in terrorist attacks conducted by militant groups after it extended support to the US.

"Just because we sided with the US, we became an ally of the US after 9/11 and the war in Afghanistan. The suffering this country went through with at one point there were 50 militant groups attacking our government... on top of it, they must also know there were 480 drone attacks by the US in Pakistan," he added.

"Only time a country has been attacked by its ally," he said while talking about US strikes.

He clearly said that now he cannot destroy Pakistan by engaging someone else’s war.

"The Afghan Taliban weren't attacking us. I wish if I was in government. I would have told the US that we are not going to take them on militarily because first, we have to serve the people. My responsibility would have been to the people of my country," he said.