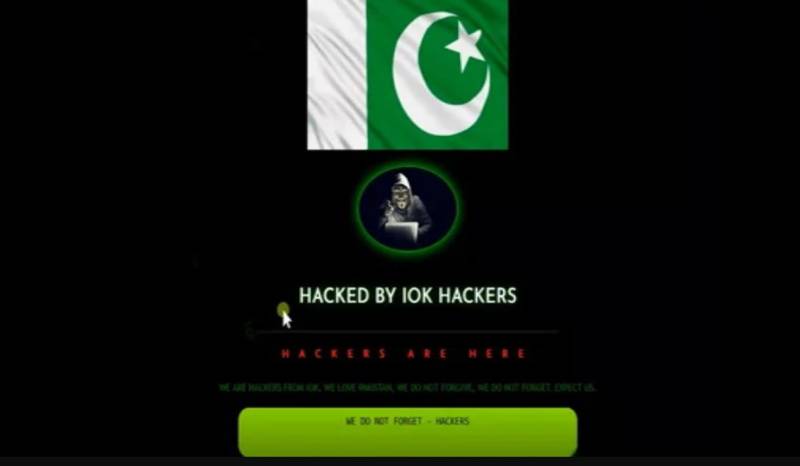 NEW DELHI – Hackers claiming to be from Indian-occupied Kashmir hacked the website of the Indian Embassy in Egypt with pro-Pakistan slogans mentioned on the homepage.

The text defacing the site reads, ‘Hacked by IOK Hackers, Hackers are here, and We do not forget’.

The hacking incidents between archrivals are common in recent times as several Pakistani web portals including Lahore High Court and the FBR website were hacked by Indian hackers, while hackers from Pakistan defaced National Institute of Technology (NIT) Raipur's website.

ISLAMABAD – The official website of the Federal Board of Revenue (FBE) has been hacked by unknown ...

Kashmiris across the globe observe Indian Independence day as Black Day and protest rallies and demonstrations were organised in Azad Jammu and Kashmir and other districts of the liberated valley.

New Delhi has martyred thousands of Kashmiris and turned the disputed region into an open-air prison and is keeping several others incarcerated on baseless charges.

SRINAGAR – Kashmiris on both sides of the Line of Control and across the world mark India’s independence ...

Three years back, the Modi-led government revoked the special status of the valley under Article 370, following which frequent shutdowns have taken place across the valley and made matters worse for the Kashmiris.