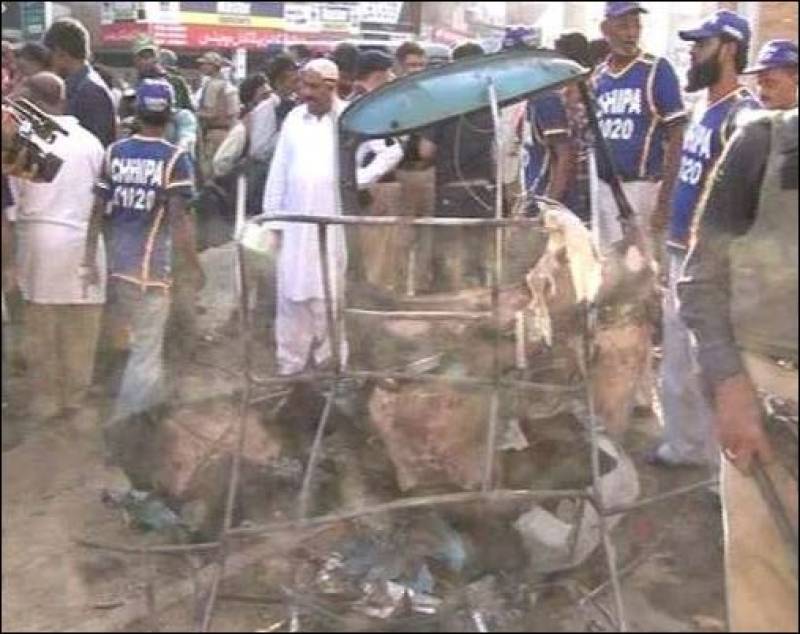 PESHAWAR - At least seven people were injured in a cylinder blast fitted in an auto-rickshaw in front of Peshawar High Court (PHC) on Monday morning.

The injured were shifted to Lady Reading Hospital. Several cars also got damaged in the blast incident. Police and Rescue workers reached the spot and initiated an investigation.

The preliminary reports suggested that it is cylinder blast but the investigation is underway to determine the cause of the blast.

Senior Superintendent of Police (Operations) Zahoor Afridi said police and bomb disposal unit teams had reached the site of the incident and added that the police were investigating it further.

Hospital authorities say, the condition of the injured persons is stated to be out of danger.