Legal counsel of Dr Aafia condemns incident, clarifies his client is not the person responsible for the incident 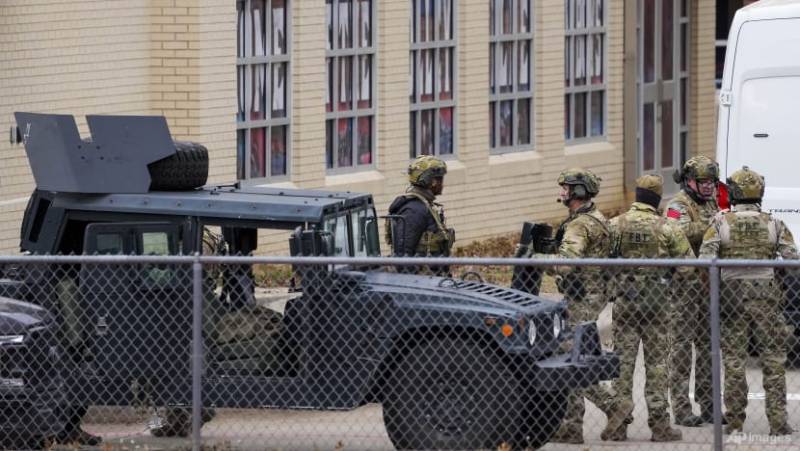 WASHINGTON – All hostages have been rescued and the man who demanded the release of Dr Aafia Siddiqui, inside a synagogue in the US state of Texas, was killed after hours long standoff.

Reports in international media said, four people, who were held hostage in Texas have been safely rescued, after 10 hours as the armed man interrupted a religious service and started a tense stand-off with law enforcers.

Texas governor, Greg Abbott shared the development while reports claimed that a loud explosion and gunfire were heard coming from the synagogue. Meanwhile, the authorities refused to identify the man or say how he had died.

Officials deployed SWAT teams and evacuated residents of the area and the local police also shared development on Twitter.

Update at 9:55pm: The SWAT situation in Colleyville is resolved and all hostages are safe. We continue to work in partnership with the FBI to finalize all details. We will be addressing the media staging area at Good Shepherd Catholic Church at 10:15pm with an update.

Following the hostage situation, more than 200 local, state, and federal law enforcement officers had converged on the Jewish worship place, including a team of FBI agents, per reports.

Meanwhile, the board chair of CAIR Houston and longtime legal counsel for Siddiqui’s brother, said that the sibling is not responsible for the hostage situation, saying the hostage-taker has nothing to do with Siddiqui.

He also termed the man's actions ‘wicked’ and requested the hostage taker to release the people and turn himself in. Dr Aafia does not want any violence perpetrated against any human being, especially in her name, Marwa Elbially said.

Adding that “Whoever the assailant is, we want him to know that his actions are condemned by Dr. Aafia and her family. We implore you to immediately release the hostages and turn yourself in.”

Dr Aafia Siddiqui, a Pakistani neuroscientist who is serving an 86-year sentence at a prison in Texas for allegedly ...

Pakistani neuroscientist Dr. Aafia Siddiqui was sentenced to 89 years in prison by the US Court. She did her Ph.D. from Brandise University, had gone missing in 2004 along with her three minor children before she was discovered in Bagram, Afghanistan in 2008.

PM Imran Khan's aide Maulana Ashrafi earlier said that there was no cogent reason to put Aafia behind bars following the end of the Afghan war. Dr Aafia should be repatriated to Pakistan, he said, adding that the government is also making efforts to provide solace to her.

Last year, Foreign Office said Pakistan lodged a formal complaint with the authorities in the US to investigate the assault on Dr Aafia Siddiqui in prison.

ISLAMABAD: Dr. Aafia Siddiqui, a Pakistani neuroscientist serving her 86-year sentence at a federal prison in the ...