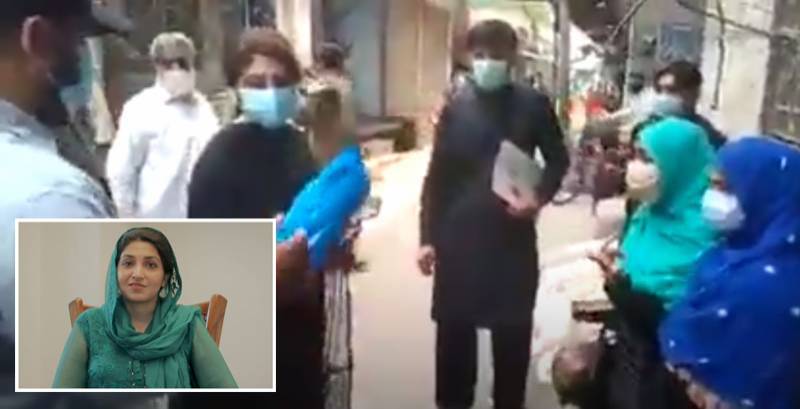 NAROWAL – The Assistant Commissioner of Narowal, Tehniyat Bukhari, has made officer on special duty after she was filmed scolding women for secretly shopping ahead of Eidul Fitr despite the Covid lockdown.

As the clip of the incident went viral on social media, top provincial officials took stern action against the public administrator and ordered her to report to the Services and General Administration Department (S&GAD) as Officer on Special Duty (OSD).

A notification in this regard stated ‘Syeda Tehniyat Bukhari, Assistant Commissioner Narowal, is hereby transferred with immediate effect and directed to report to Administration Wing S&GAD for further orders.’

The incident took on Wednesday, May 12, in which Tehniyat Bukhari can be seen scolding two women at a market for allegedly violating Covid lockdown.

Bukhari in the clip can be heard intimidating the women to put them behind bars. In the heat of the moment, a family member of the women also came there and a spat continues between both parties.

Police personnel then pushed the family member of the women and the matter came to an end following intervention by passersby.

LAHORE – Frustrated with a strong public criticism of the PTI government at every level, Special Assistant to ...

Earlier, a video of AC Sialkot Sonia Sadaf was also viral on social media in which she was scolded by Special Assistant to Punjab Chief Minister for Information Dr. Firdous Ashiq Awan.