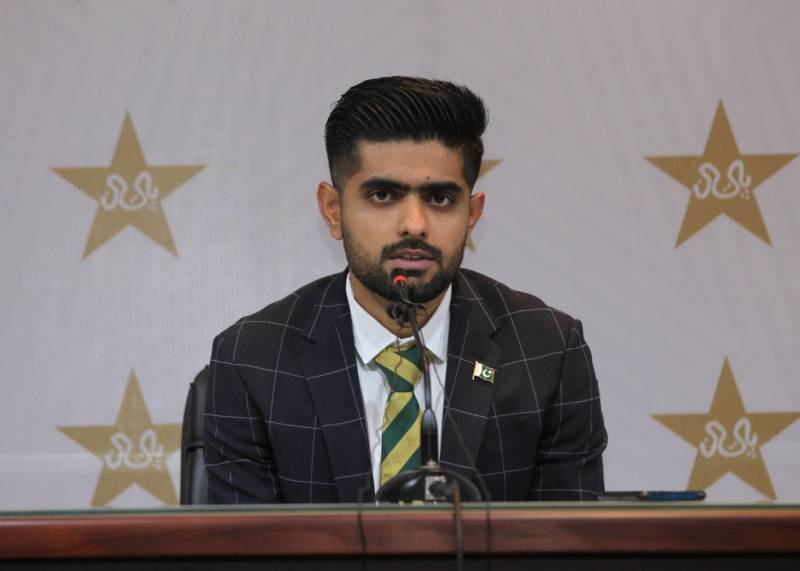 LAHORE – Pakistan skipper Babar Azam has defended the changes to the T20 World Cup squad, saying some players were not in ‘good touch’ during the recently concluded domestic T20 tournament.

Addressing a virtual press conference from Dubai, the 27-year-old gave his take about the squad selection and preparations for the mega event.

“Changes were made to the squad since some players were not able to perform well during the domestic tournament”, he said.

He appreciated the PCB's decision to include Fakhar Zaman, Shoaib Malik and Haider Ali in the team, adding that the players had benefited from the experience of playing in the National T20 Cup.

Babar termed Shoaib Malik as a seasoned player, who is also considered among the fit members of the squad. “Kane Williamson as batter and Hasan Ali will be the bowler who would have a successful T20 World Cup 2021,” he mentioned.

LAHORE – The Pakistani T20 World Cup squad, led by skipper Babar Azam, left for Dubai on Friday for the mega ...

Azam said “it’s an honor to represent my country” for the first in a mega event. He admitted that captaining the team in the world cup is a challenging role for him.

Babar said when Pakistan won the T20 World Cup in 2009, it was a moment of pride for him and we will try our best to recapture that moment again.

LAHORE – The Pakistan Cricket Board (PCB) has made changes in the squad for the upcoming ICC Men’s T20 ...