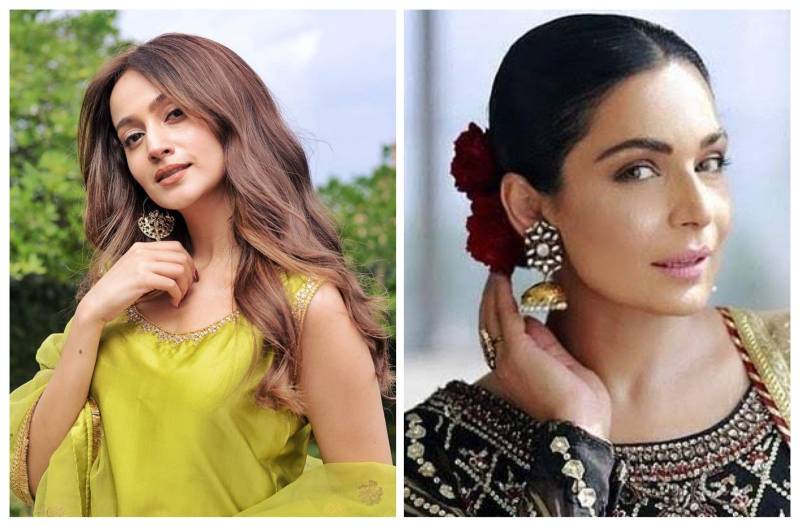 The quintessential Lollywood queen Meera has an alluring persona and her versatility has earned her the spot of a timeless diva. However, her English pronunciation is always a source of amusement for the general public, which lands her as the butt of jokes within the meme community.

Jumping onto the bandwagon, Zarnish Khan called out the memes and video clips that continuously mock the Baaji star's English.

Highlighting the colonial past that is embedded in our society, the Ishq Zahe Naseeb star wrote, "Stop it already people! I'm pretty sure all the people who make such memes or cut-out video clips are a bunch of idiots themselves who might not even know how to speak their own mother tongue properly" 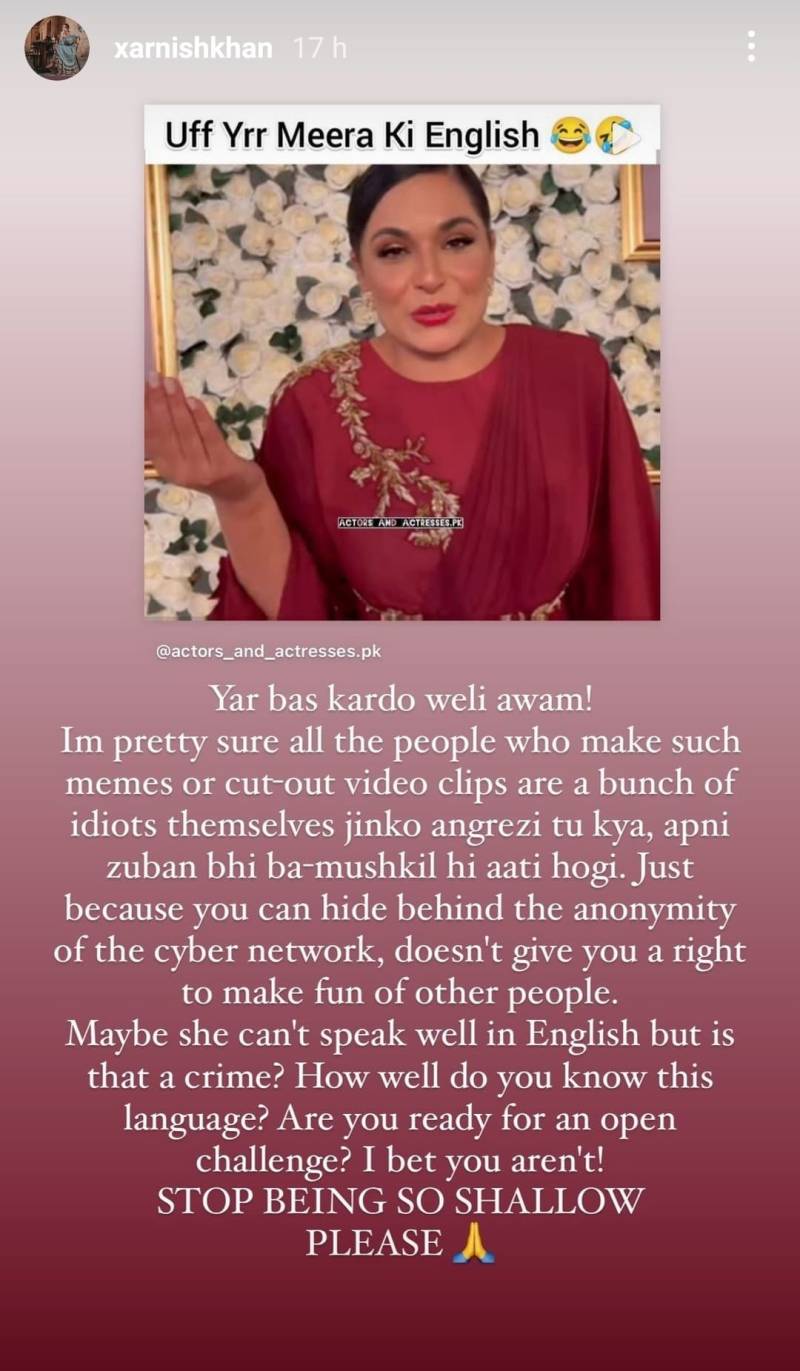 "let alone speak fluent English. Just because you can hide behind the anonymity of the cyber network does not give you the right to make fun of other people," she said.

"Maybe she can't speak well in English but is that a crime? How well do you know this language? Are you ready for an open challenge? I bet you aren't!" the 28-year-old concluded.

Ishq Zahenaseeb star Zarnish Khan is the latest celebrity to jump onto the bandwagon of blasting Maira Khan who has ...