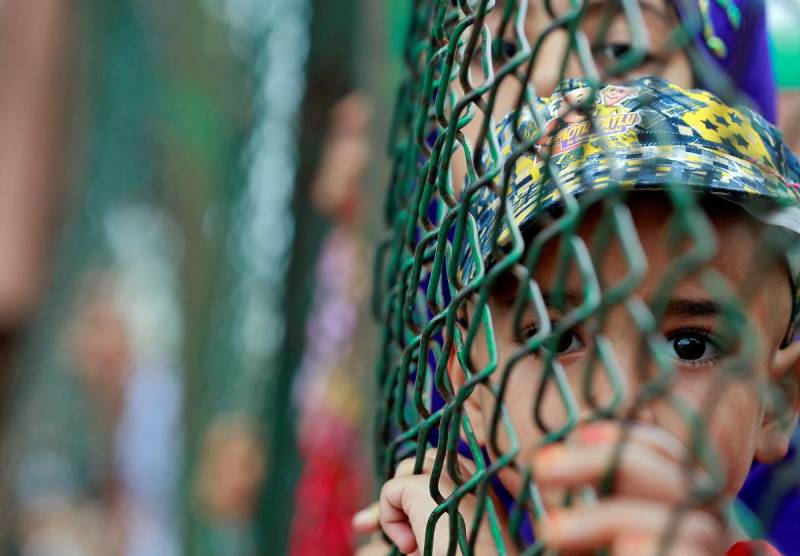 SRINAGAR - Indian authorities have restored some landline telephone services in the occupied Jammu and Kashmir region days after communication blackout was imposed in the serene valley.

Most of the area has been in lockdown since Indian Prime Minister Narendra Modi decided to strip the region of its special status earlier this month.

Hundreds of people, including local politicians, remain in detention.

The Indian government says that restrictions are being lifted from 35 police stations across the Kashmir Valley, while schools are due to reopen from Monday, along with government offices.

Most of the telephone exchanges in the valley should be functional by Sunday evening, officials said.

Jammu and Kashmir Chief Secretary BVR Subrahmanyam had yesterday said that the telephone connections would be restored in the main city of Srinagar as well.

“You will find a lot of Srinagar functioning tomorrow morning,” Subrahmanyam said in response to a query during a press conference.

The chief secretary also claimed that there was no loss of life during the restrictions in the restive valley though media reports portray a different story than what the official said.

He shared that the detention of all the political leaders including former chief ministers Omar Abdullah and Mehbooba Mufti would also be eased out.

India revoked the special status of Kashmir last week by scrapping article 370 and 35A of the constitution, drawing the ire of Kashmiris as well as Pakistan and China.

Prime Minister Imran Khan is warning the international community of imminent ethnic cleansing in the region through his speeches and Twitter posts.

A closed-door meeting of United Nations Security Council was also convened on Friday and as per Chinese envoy to the UN, the members expressed concerns over the situation in the valley.

At the meeting, which was held behind closed doors in New York at the request of Pakistan and China, India criticised international interference in what it says are its internal affairs.

"We don't need international busybodies to try to tell us how to run our lives. We are a billion-plus people," India's envoy Syed Akbaruddi said.

Pakistan's ambassador welcomed the holding of the meeting as evidence that the region's dispute was "internationally recognised".