Naseebo Lal rocks the audience at US concert 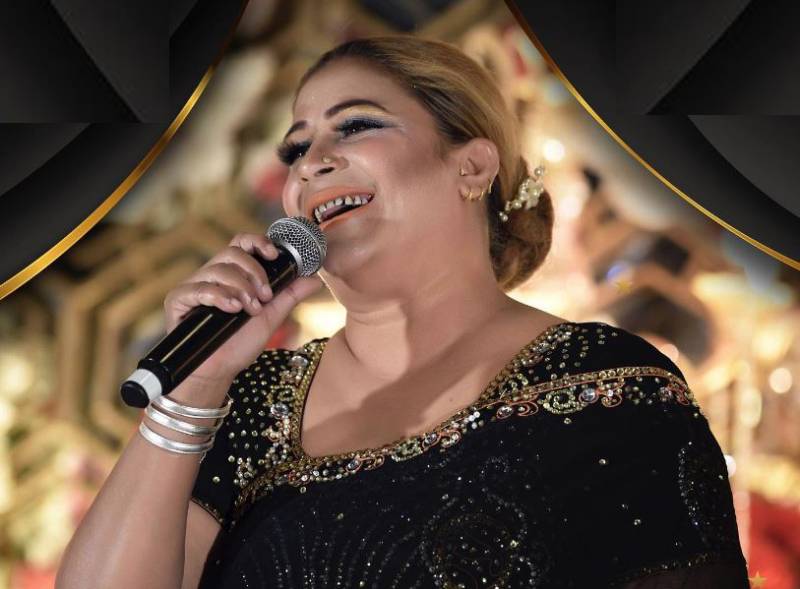 Whether there is a concert in Pakistan or abroad, Pakistani musician and seasoned singer Naseebo Lal is sure to make everyone groove and sway with her soulful voice.

Lal has been dominating the Pakistani music industry for almost two decades and had a fan base of generations from late '90s.

Lal is currently on a tour swooning overseas Pakistanis in the United Kingdom and the United States of America. Her recent show in the USA made a fan set fire on the dance floor with quirky moves. In a video, a woman is seen dancing her heart out to Lal's upbeat Punjabi songs.

A bouncer also tried to ask the woman to sit down but she hilariously turns him down. The onlookers recorded the rib-tickling moment on their phones.

It is safe to say that Lal has the magic to make anyone channel their carefree attitude. The Tu Jhoom singer also performed with her son during a performance that received widespread appreciation and praise.

The revered singer primarily sings in multiple local languages and rose to prominence owing to her stage presence and dedication to her profession. Her recent project Groove Mera alongside Aima Baig and Young Stunners garnered many accolades.