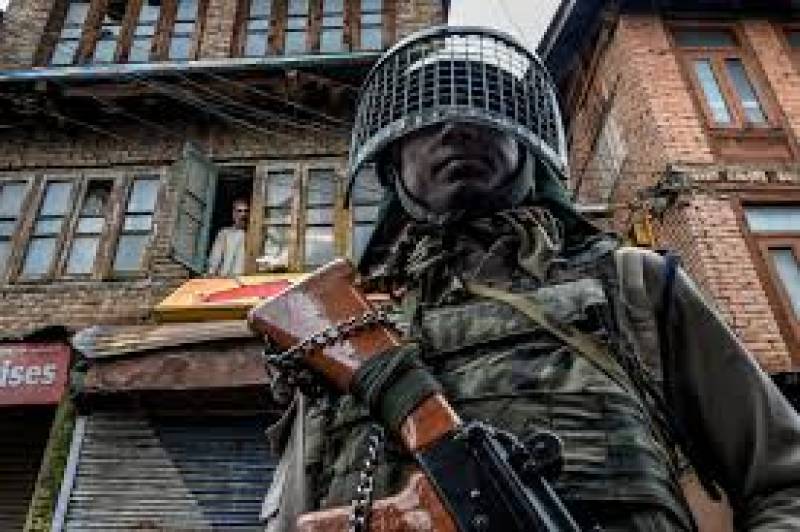 NEW YORK – A crucial closed-door meeting at the United Nations Security Council (UNSC) on the Kashmir issue has been postponed for a month at least, according to media reports.

The meeting was scheduled on Tuesday to discuss the humanitarian situation in Indian-administered Jammu and Kashmir, the Sputnik reported.

The council met, at China’s request for the first time since a similar gathering in August, which was also called by China, after India removed the decades-old autonomy the area enjoyed under Indian constitution.

“In view of the seriousness of the situation and the risk of further escalation, China would like to echo the request of Pakistan, and request a briefing of the Council ... on the situation of Jammu and Kashmir,” China’s UN mission wrote in a note to council members, reports Reuters.

In a letter to Security Council on 12th of this month, Foreign Minister Shah Mahmood Qureshi expressed concern about a possible further escalation of tensions.

China’s UN mission wrote in a note to council members, in view of seriousness of situation, China would request a briefing of the Council on the situation of Jammu and Kashmir.

For over four months today, the disputed Himalayan region has been under lockdown, after India scrapped the special status granted to the Muslim-majority area.

In 1948 and 1950, the UN Security Council adopted several resolutions on Kashmir, including one which calls for a plebiscite to determine the future of the valley.

In August this year, members of the UNSC met for the first time in over five decades to discuss the critical situation in the occupied valley, urging parties to the dispute to refrain from taking any unilateral action.

The UNSC met behind closed doors at the request of China and Pakistan to discuss the Indian government's recent decision to revoke the special status of occupied Kashmir.

Maleeha Lodhi, the then Pakistan's Permanent Representative to the United Nations had welcomed the UNSC meeting and said the country was "grateful to China for calling this meeting".