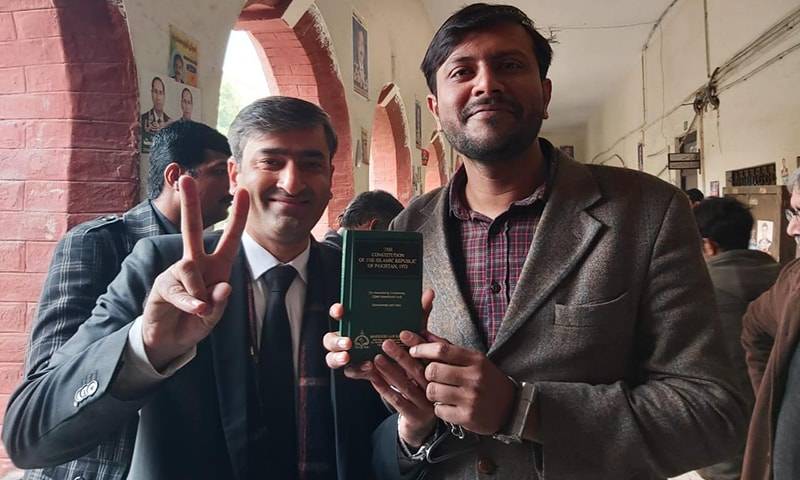 LAHORE - A local court on Friday sent a journalist on three-day physical remand into the custody of the Federal Investigation Agency (FIA) in a case pertaining to sharing anti-state content on social media.

The FIR accused Washid of uploading anti-state and defamatory content against the departments through his Facebook ID.

The journalist was produced before Judicial Magistrate Yasir Arafat today by the FIA, demanding his physical remand for further interrogation.

The counsel for agency said that the suspect also uploaded offensive and edited version of the national anthem on the social networking site.

Advocate Mian Dawood, counsel Wahid, rejected the allegations, arguing that freedom of expression was being suppressed in the country.

"If critcising the government and former president Pervez Musharraf is a crime then half of the Pakistan population should be arrested," he added.

Opposing the remand plea, he said that the FIA had obtained the cell phone, password and username of the Facebook ID and thus there is no need of the remand.

After hearing all arguments, the court sent Wahid into FIA's custody on a three-day physical remand and directed the agency to produce the suspect again on January 20.