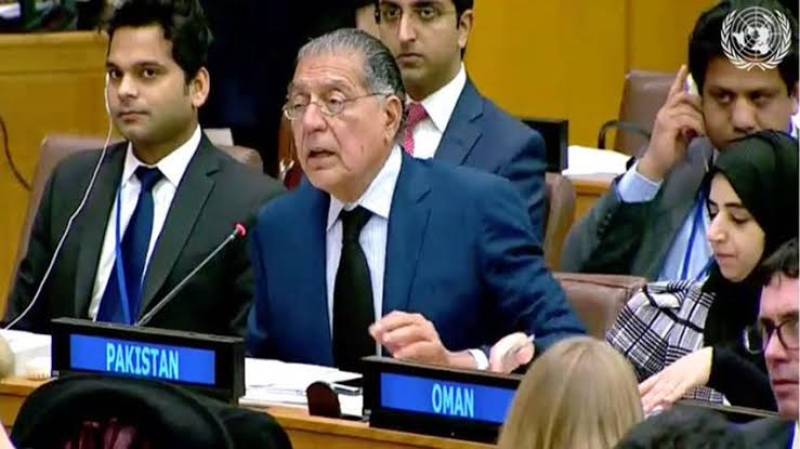 While speaking in a debate on the Middle East situation, Pakistan's permanent representative to the United Nations Munir Akram called on the UN to respond to the challenges posed by the unilateral moves on the status of Jerusalem and expanding Israeli settlements in the occupied Palestinian territory.

Munir Akram said that amid Israel's settlement expansion, the tragedy of Palestine shows no signs of ending.