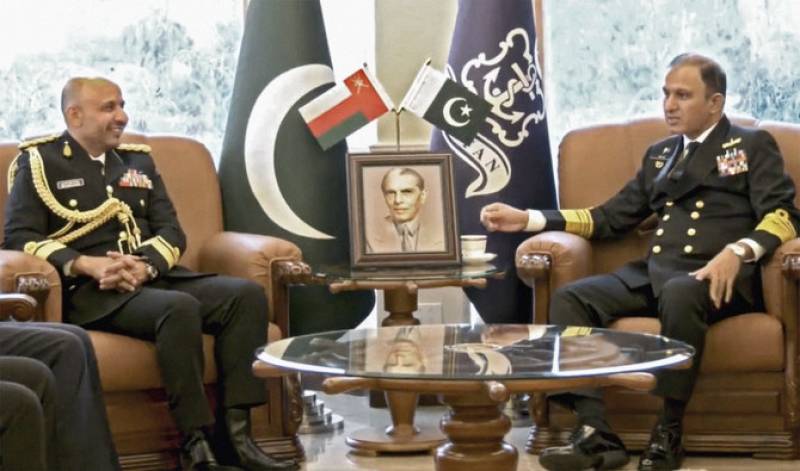 The two officials “discussed issues of mutual interest and promotion of bilateral maritime cooperation,” the Pakistan Navy said in a statement.

The visiting dignitary was briefed on the role of Pakistan Navy in the region’s maritime security.

“The visit of Commander Royal Omani Navy will further enhance the bilateral relations between the two countries,” read the statement.

"During the port stay, various bilateral activities including exchange visits onboard afloat units, orientation visits of military installations and coordination meetings were undertaken," the Pakistan Navy said in a statement.