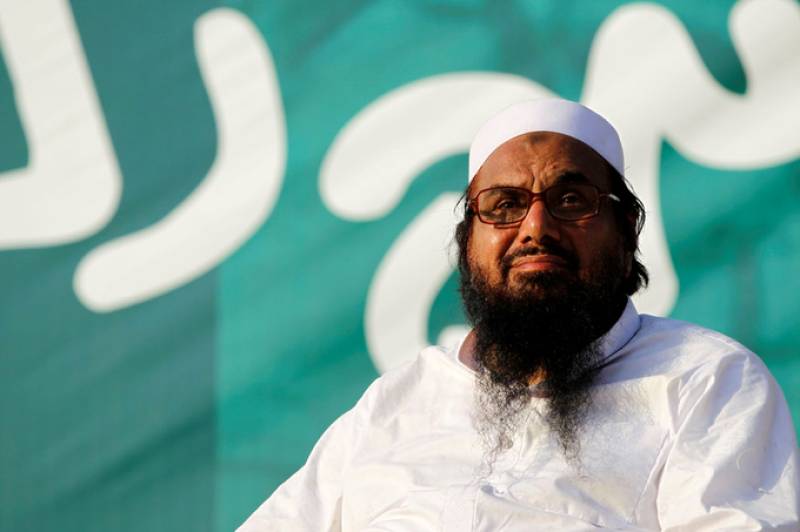 LAHORE – Pakistan’s counter-terrorism authorities on Wednesday arrested Hafiz Saeed, the alleged mastermind of a four-day militant attack on the Indian city of Mumbai in 2008, on terror finance charges.

The chief of banned Jamaat-ud Dawa (JuD) was arrested on Wednesday by the Punjab chapter of Counter Terrorism Department (CTD) near the town of Gujranwala and sent to jail on judicial remand. The CTD had registered an FIR against Saeed and others for illegally grabbing a piece of land in Lahore and setting up a seminary.

The move came days before a visit to Washington by Prime Minister Imran Khan, who has vowed to crack down on militant groups operating in Pakistan.

The 69-year-old has denied any involvement and said his network, which includes 300 seminaries and schools, hospitals, a publishing house and ambulance services, has no ties to militant groups.

Pakistan, which is included on the so-called “grey list” of the Financial Action Task Force, a money laundering and terror finance watchdog, has been under increasing pressure to stop the financing of militant groups.

The US Department of the Treasury has designated Saeed as a Specially Designated Global Terrorist, and the US, since 2012, has offered a USD 10 million reward for information that brings Saeed to justice.

Saeed's arrest comes after the CTD, in a crackdown against terror financing, registered 23 cases against the JuD chief and his 12 aides for using five trusts to funnel funds to terror suspects.

In March, Punjab police said that government seized control of 160 seminaries, 32 schools, two colleges, four hospitals, 178 ambulances and 153 dispensaries associated with the JuD and its charity wing FIF in the province.

At least 56 seminaries and facilities being run by the JuD and FIF in southern Sindh province were also taken over by authorities in the same month.