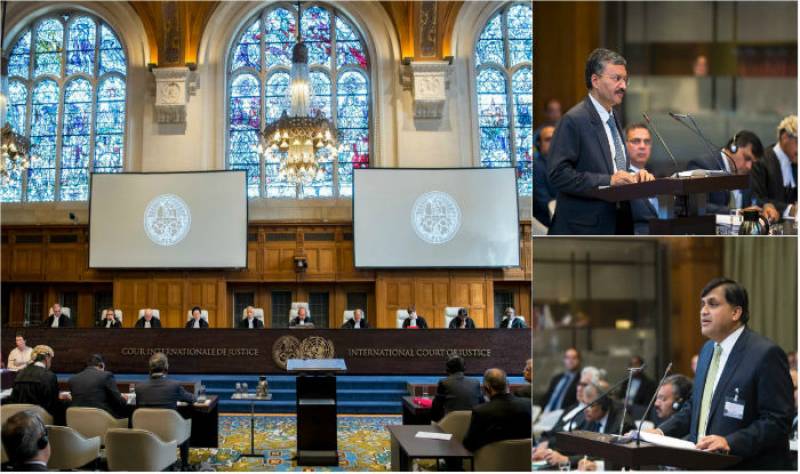 THE HAGUE – The top United Nations court, the International Court of Justice (ICJ) decided in favour of Pakistan as it announced its verdict on India’s petition challenging the death sentence given to Indian spy Kulbhushan Jadhav.

The judgement was read out by Judge Abdulqawi Ahmed Yusuf of International Court of Justice (ICJ) during a public sitting which took place at the Peace Palace in The Hague.

The judge announced that Jadhav would remain in the custody of Pakistan, however, directed Pakistan to give consular access to the spy.

Highlights of the verdict:

The much-awaited verdict in the high-profile case between the two neighbouring countries, the proceedings of which took two years and two months to complete, has decided the fate of Indian serving Navy Commander Jadhav, who was sentenced by Pakistan on charges of espionage.

Earlier, a 15-member bench of ICJ had reserved its decision on February 21 after hearing oral submissions by Pakistan and India, two days each.

The Foreign Office Spokesman in a press briefing said, "Pakistan was hoping for the best and would accept the decision of ICJ”.

Pakistan has presented its stance in the “best possible manner” through a fully-prepared team including the Counsel, the Attorney General and other officials at the February's oral hearings at ICJ, he added.

India on May 8, 2017 had invoked the jurisdiction of ICJ following the death sentence of Jadhav announced by Pakistan's military court on April 10, 2017 on charges of espionage and sabotage activities in Karachi and Balochistan.

During its oral hearings this February, Pakistan had maintained that Commander Jadhav admitted before a Magistrate that he was a serving officer of the Indian Navy and was operating for India's Research & Analysis Wing (RAW).

Jadhav had also confessed his involvement in terrorism against the people and infrastructure of Pakistan including Gwadar Port and other facilities related to China-Pakistan Economic Corridor (CPEC).

Pakistan also stressed that an Agreement on Consular Access dated May 21, 2008 between India and Pakistan, allowed each State to consider a request for consular access "on its merits" in a case involving national security.

Furthermore, Pakistan contended that in all of the ICJ's previous decisions concerning Article 36 of the Vienna Convention on Consular Relations 1963 (which involved death sentences imposed by the USA), the Court made it clear that it was not a court of criminal appeal and the presence of "effective review and reconsideration" by domestic courts was an appropriate remedy, even if a breach of the right to consular access had been established.

On the other hand, India claimed that Commander Jadhav was an innocent Indian national who was kidnapped, however it failed to substantiate how and when Jadhav was retired from the Indian Navy at the age of 47 years – the age at the time of his arrest on Pakistani soil.

India also failed to explain how Commander Jadhav was in possession of an authentic Indian passport issued in a false 'cover' Muslim name 'Hussein Mubarak Patel' which he had used at least 17 times to enter and exit India.

Pakistan to move ICJ against revocation of Kashmir's special status