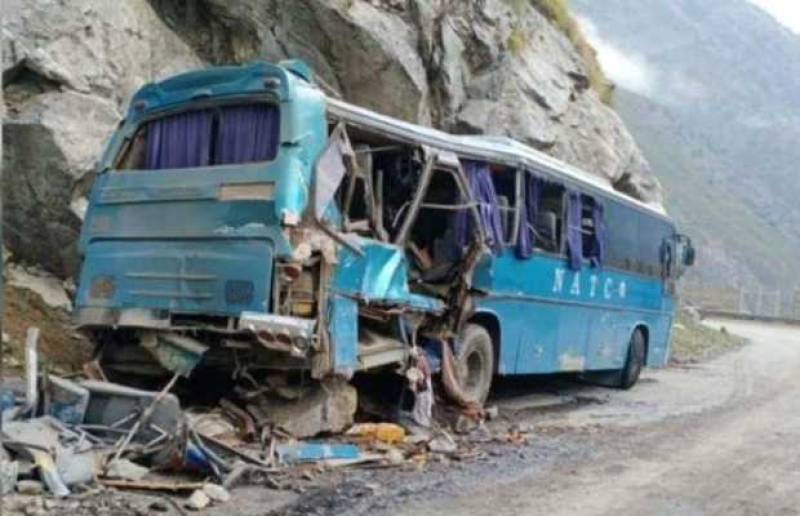 ISLAMABAD – A Chinese firm carrying out main civil works at the Dasu hydropower project has shut down its operations following the deadly bus incident that left over a dozen dead in northern Pakistan this week.

China Gezhouba Group Company (CGGC), in a letter, states that they cannot continue work at the mega dam project after the July 14 tragedy. The company has fired all Pakistani workers, assuring them of payment of salary and gratuity. 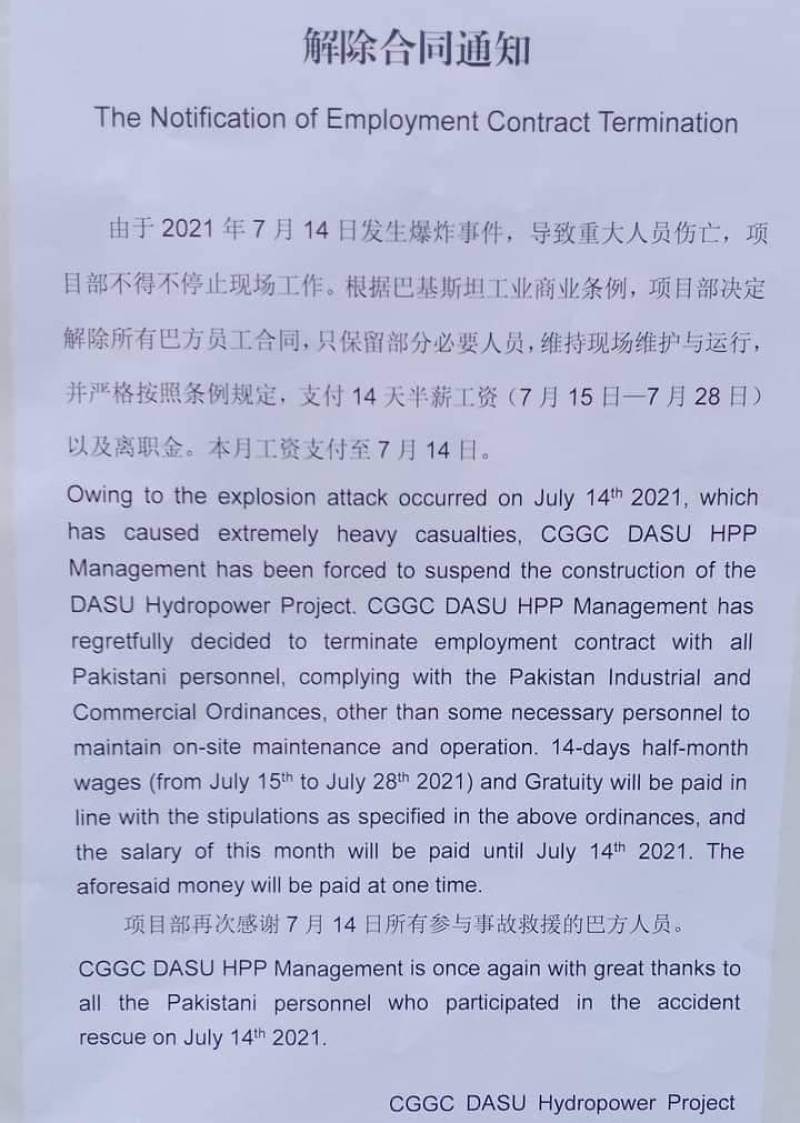 Today, an investigating team of Chinese security officials will visit Dasu today as part of a joint probe into the incident to ascertain the facts.

It comes after Pakistan and China agreed to complete the investigation into the Dasu bus accident that left 13 people, including nine Chinese nationals, dead.

The agreement came during a telephonic discussion between China's Minister of Public Security Zhao Kezhi and Interior Minister Sheikh Rasheed which continued for over half an hour. They discussed the tragic incident in the Upper Kohistan region.

This is the second high-level contact in two days after Prime Minister Imran Khan’s call to Chinese Premier Li Keqiang, who had assured him that all out efforts will be made to investigate the incident.

Expressing sorrow over the loss of precious Pakistani lives, Zhao said he has called Rasheed on the direction of Chinese President Xi Jinping.

On Wednesday, a bus carrying Chinese workers in Khyber Pakhtunkhwa plunged into a ravine "after a mechanical failure resulting in leakage of gas that caused a blast", a statement from the Foreign Office had said.

According to the statement, Chinese workers and accompanying Pakistani staff "were proceeding to their work place for an ongoing project".

In 2017, the China Gezhouba Group Company (CGGC) was awarded Rs180 billion worth of two contracts for carrying out main civil works in the first stage of the Dasu hydropower project.

The agreements were signed between the Water and Power Development Authority (Wapda) and the CGGC.