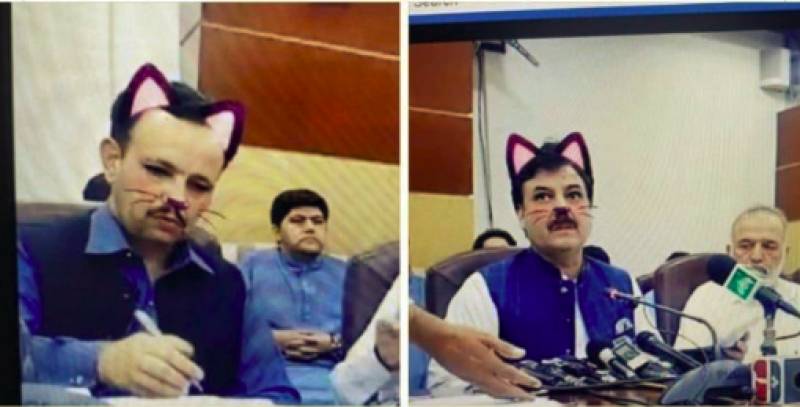 LAHORE- A press conference called by Khyber Pakhtoonkhwa's Minister of Information Shoukat Yousufzai became a subject of hilarity after the person running its live broadcast on Facebook accidentally enabled... the cat filter!

According to KP government’s social media team we now have a cat in the cabinet #Filter pic.twitter.com/LNl7zwOfLU

The video now has been deleted and replaced by a new video but pictures are still circulating on social media.  PTI has now released an official statement to clarify the matter. Taking to Twitter, it read, “Clarification regarding coverage of Press Briefing held by KP’s Information Minister Shoukat Yousafzai.”

The statement added, “Yesterday, whilst covering a press briefing held by KP’s information minister Shoukat Yousafzai, a cat filter was witnessed by the viewers which were removed within a few minutes.”

Claiming that it was a human error, PTI shared that necessary actions have been taken to avoid such incidents in the future. LOL! What actions are these? We'd love to know!