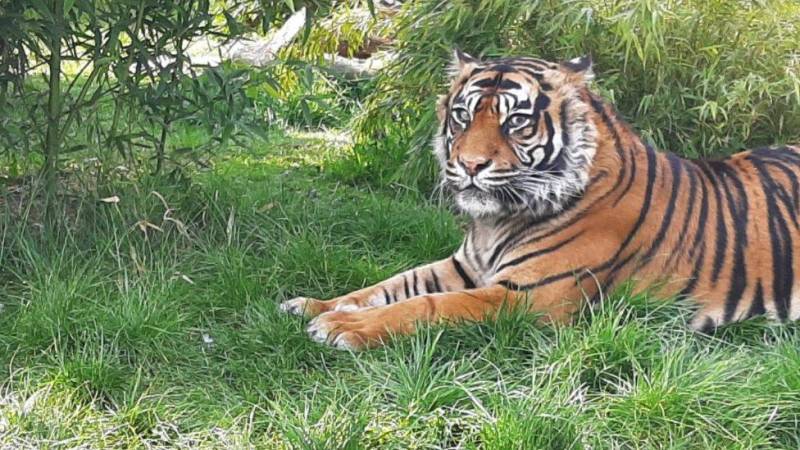 A tiger’s eye has been saved in what is believed to be the first ever operation of its type in the world on a big cat, reported BBC.

Staff noticed her left eye - which had previously had a cataract removed - was deteriorating and a corneal ulcer was diagnosed by a specialist eye vet.

Corneal surgery, which is not uncommon on domestic cats and dogs, required “a lot more anaesthetic” on Ratna.

Surgeon Dr David Williams, from the Queen’s Veterinary School Hospital at the University of Cambridge, said after two months of careful monitoring, he was “delighted to be able to sign Ratna off” as fully healed. 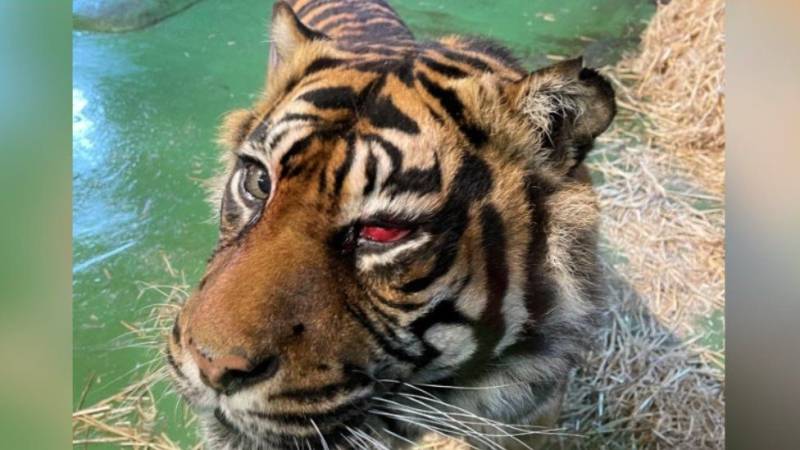 The tiger had cataract surgery before she and her daughter were moved to the wildlife park in early 2019 to live out their twilight years.

An initial operation, carried out in early February to treat a discolouration, did not have the desired effect and her eye continued to deteriorate.

Dr Williams, who went to Shepreth to check on the ulcer, said: “I think perhaps she’d managed to jab her eye on a stick of bamboo in her enclosure.”

The very next day, together with Steve Philp, a vet from the International Zoo Veterinary Group, he carried out what is believed to be a world-first operation on a big cat.

The hood graft procedure involved "a flap of conjunctiva - the pink of the eye - secured over the cornea, which allows the cornea to heal itself", said Dr Williams.

"It's like we might do with any domestic cat - but with a lot more anaesthetic," he said of the 30-minute operation on the 14st 9lb (93kg) tiger.

"But I don't think anyone's ever done this before in this species." 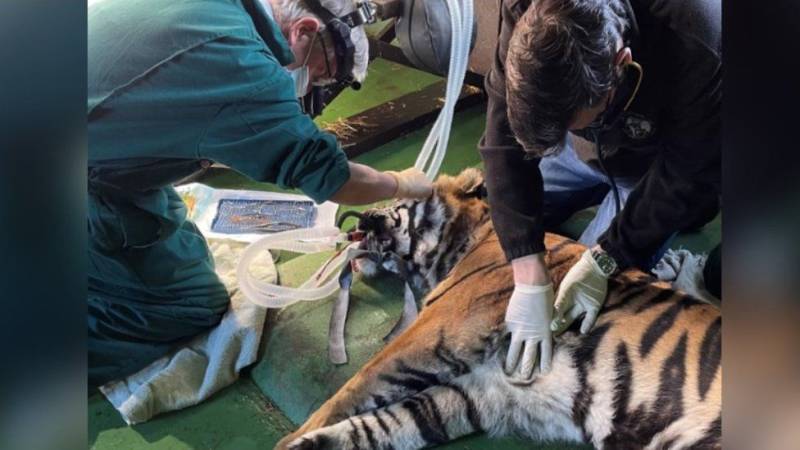 Ratna's favourite pastime is sitting on the top platform in her enclosure, but the park's director, Rebecca Willers, said before the operation she seemed to have become a little uncertain about getting down again.

"Her co-ordination seems much better now, and the best thing is the operation has eradicated the need for Ratna to have her eyedrops - and she was never that keen on those," she added.

Dr Williams said it was unlikely Ratna could see much before with her left eye, as "it was a horrendous mess... but the key thing is to have saved the eye itself".

"I think her eyesight in that eye wasn't fantastic after her cataract surgery and is pretty poor after the injury - but she gets on fine with the good vision in her other eye - and we have stopped the problem giving her any pain," he said.

Having just given her a clean bill of health, he said Ratna had been "fantastic" - allowing him to look at her eye over the past weeks, and was now "absolutely fine - you'd never know anything had been wrong".