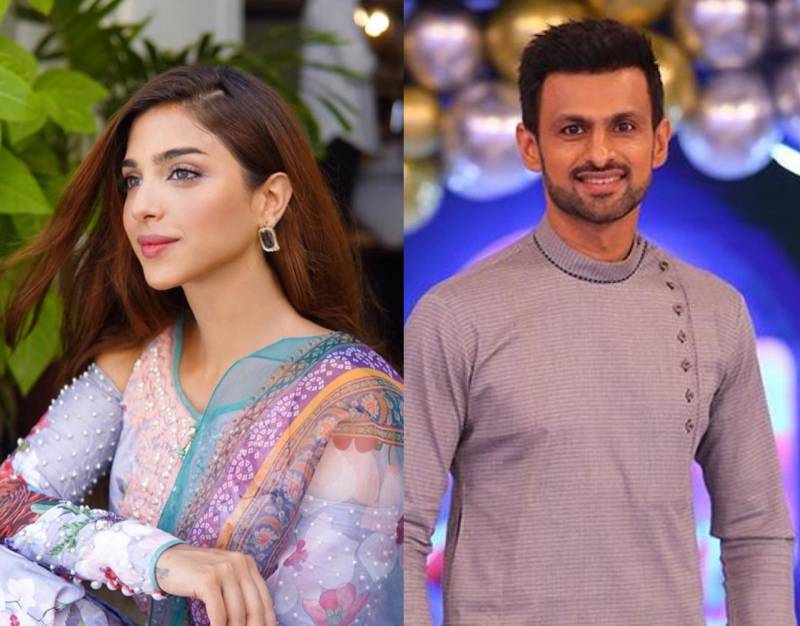 Sonya Hussyn and Shoaib Malik were spotted in the show “Time Out With Ahsan Khan” recently and the duo sat down for a little chit chat with Khan with some interesting revelation.

While Hussyn has been ruling the small screen with her immecable acting skills and drop-dead gorgeous looks, Malik has also been in the limelight.

When asked about Eid traditions that followed in their households, the Saraab star shared that she cooks really well and boasted about her cooking talents.

Malik agreed and appreciated her cooking skills. He further revealed that he had the chance to eat the scrumptious meal prepared by the actress when he visited her.

A post shared by Time Out with Ahsan khan (@timeoutwithahsankhanofficial)

Delving into details about the day, Sonya reminisced about her mother’s reaction when she met the cricketer for the first time and needless to say it was quite hilarious.

”When Shoaib came to my place, my mother liked him for me as a partner and started texting me that he is so cute and she liked her." She further revealed that her parents are so detached from social media that they were unaware that Shoaib is already married to tennis star Sania Mirza and has a son.

Moreover, Shoaib further added that he didn’t know that Sonya’s Mother is unaware of his marriage and liked him for her daughter and laughingly said, “I never went to her place again for a meal.”

Sania Mirza is the epitome of grace as she juggles her professional and personal life with style. While love beyond ...