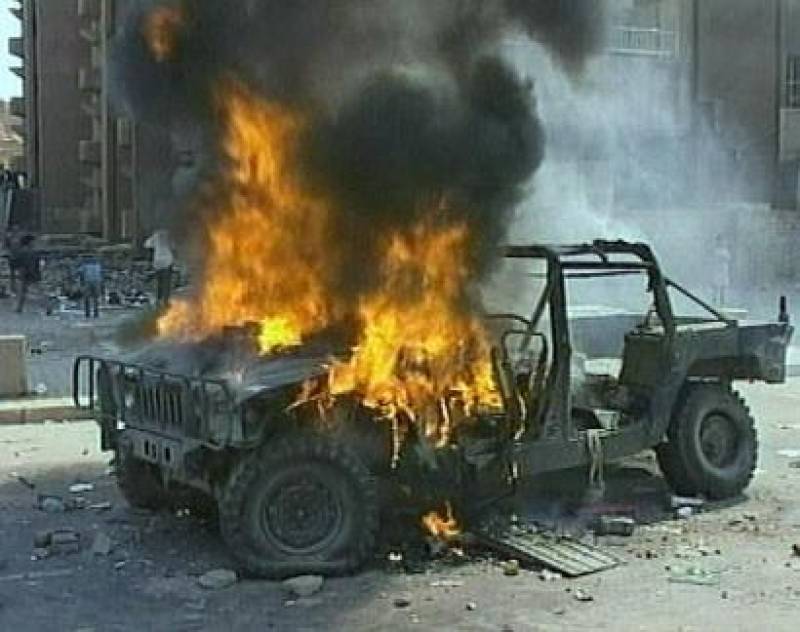 No causalities reported as the armed men asked drivers to leave the transportation vehicles before torching them down. Attackers then poured petrol and put Humvees on fire.

“We are clueless about the identity of the people or any militant organization involved in Friday’s incident as such incidents had almost come to an end some time back,” Police officials.

Attackers succeed to escape after the incident and police reached the spot later on. Officials said that an investigation had been launched in the incident, adding that they had not received any threat from any terrorist organizations about attacks on Nato convoys.

The Humvees are military vehicles used by the US-led Nato forces in Afghanistan.

Similar kinds of incidents occurred in July 2019 when a Nato driver was injured in firing by unidentified attackers in Khyber district.