9 to 12 classes to start from tomorrow; primary schools to reopen after April 28: Shafqat Mahmood 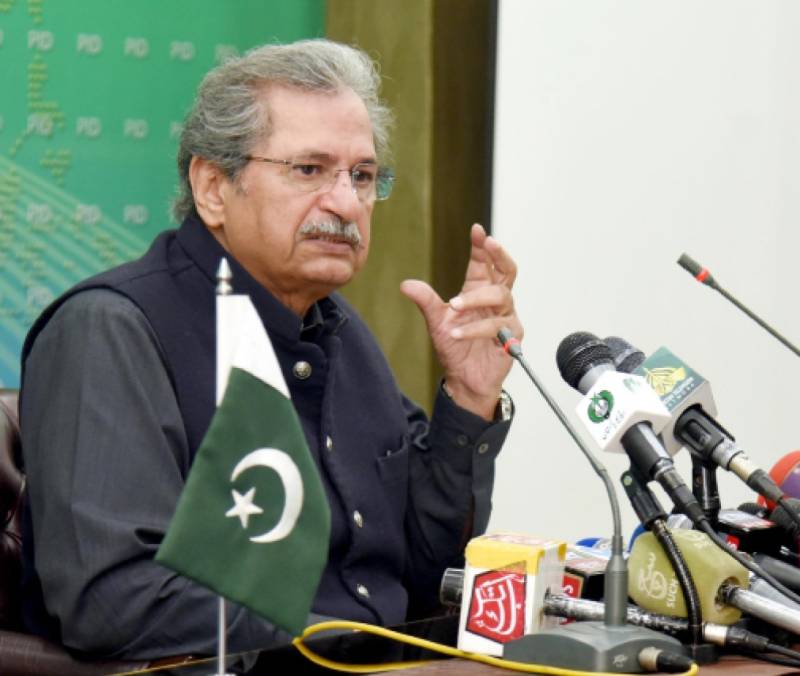 ISLAMABAD: Keeping in view the increase in novel Covid-19 cases, the federal government has decided to open primary schools after April 28 while classes from 9th to 12th will start from tomorrow as planned, the federal minister announced Sunday.

Shafqat Mahmood, after attending a high-level meeting with education and health ministers, addressed in a national television presser.

He also shared a series of tweet stated on-campus classes for students till grade 8, in Covid affected districts, will remain suspended till April 28 whereas the classes of grades 9, 10, 11, and 12 will be held under strict compliance with SOPs from April 19 (tomorrow) onwards, so that these students can complete their preparation for their final examinations.

It was also decided that classes 1 to 8 will remain closed. The details will be announced by the provinces and GB/AJK

Punjab education minister had informed him that 13 districts across the province were affected by the novel disease, hence on-campus classes will not be held there till the end of this month.

Universities in the Covid-19 affected districts will also remain closed and classes will be held online. Adding that in other districts, universities will remain open and function as normal.

Shafqat also mentioned that all education and health ministers are unanimous in their decision to have the O and A level examinations proceed as scheduled. O and A level exams should continue as per schedule as these students are very less and in our discussion with Cambridge, they assured us that coronavirus SOPs will be followed strictly.

Meeting was also informed that Cambridge has decided not to give teacher assessed grades this year therefore those not taking exams will take them in the next cycle Oct/Nov. Cambridge also assured that all SOPs will be strictly followed

Earlier on March 10, educational Minister Shafqat Mahmood annoucned that educational institutions in seven cities of Punjab will close down for two weeks from March 15 amid rising coronavirus cases.