"No comparison between Kashmir and Balochistan," Zehri roars against Modi's anti-Pakistan diatribe 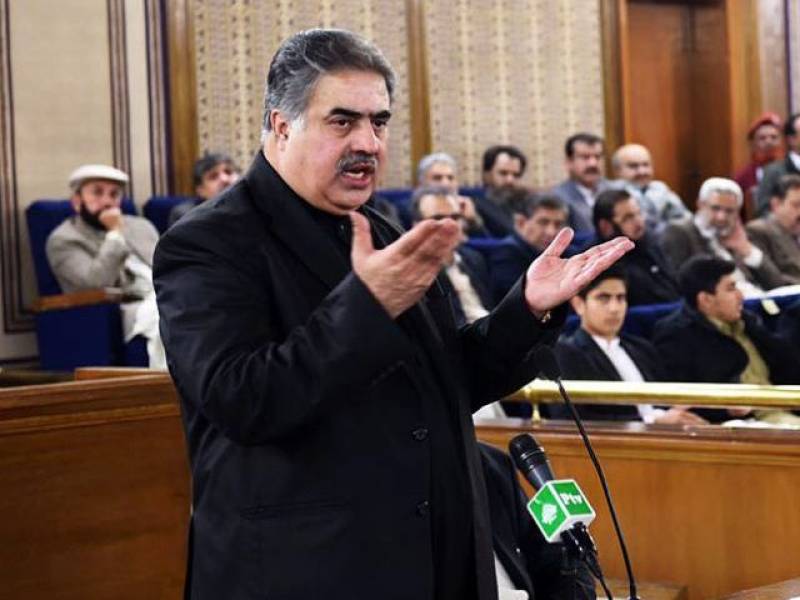 QUETTA (Web Desk) - Chief Minister Balochistan Sana Ullah Zehri has lashed out at Indian Primer Narendra Modi's comments pertaining to Balochistan and has clarified that there is no comparison between Indian Occupied Kashmir and Balochistan.

Addressing a rally in Quetta on Thursday, Zehri expressd that not even one percent of Balochs support the insurgency.

"We condemn Narendra Modi's statement on Balochistan. No one in Balochistan supported his statement. There is no comparison between the struggle for liberation in India-held Kashmir and the so-called Balochistan insurgency," Zehri said.

The Chief Executive of the Province also took aim at the Baloch leader Brahamdagh Bugti who appreciated support given to the Baloch people by the Indian premier through a video.

"There will be lots of Modis and Brahamdaghs, but we will never tolerate terrorism, and we will never let terrorists go free," he said.

"Balochistan is part of Pakistan and is run by a democratically elected government, Pak Army is ours and we will not tolerate any Indian interference in our internal matters," he added.

The PML-N lawmaker maintained that from the last 35 days, Kashmiris were braving curfew after the killing of Burhan Wani. He added that in Balochistan no one supports Narendra Modi.

Zehri's comments came after the Indian prime minister insinuated that People of Balochistan, Gilgit and PoK (Pakistan Occupied Kashmir)  thanked him a lot.