Pakistan revises rules for passengers travelling to UAE, other countries 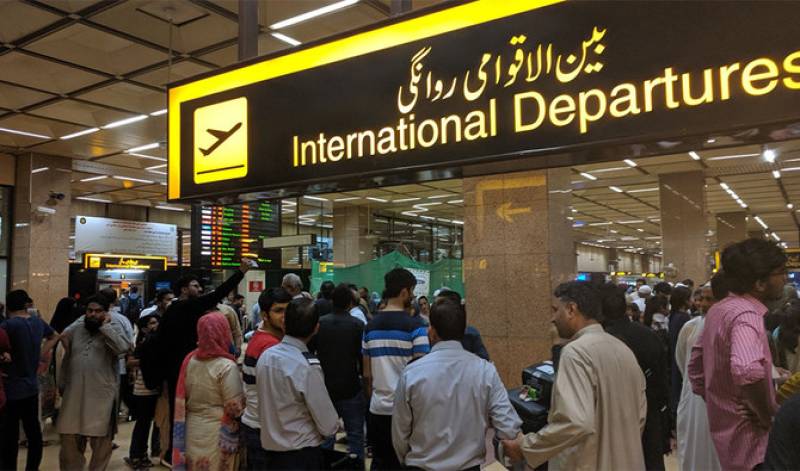 ISLAMABAD – The Pakistan Civil Aviation Authority on Saturday issued updated guidelines for international passengers to avert the crowd at the Islamabad International Airport.

Reports quoting the country's aviation regulator said passengers will have to arrive at the airport four hours before the take-off while people traveling to Dubai, Sharjah, and Abu Dhabi will have to reach five hours prior to their flight.

It also added that Rapid Covid tests conducted at the airport won’t be issued to passengers heading to the gulf states. For other passengers, 30 people will be allowed to enter the boarding area at a time.

CAA updated the travel rules after the United Arab Emirates General Civil Aviation Authority made Safety Decision 2020-20 compulsory for all flights to and from UAE airports amid rise in new Covid infections globally.

It asked the authorities to not issue the test reports of passengers who intend to fly to Emirates simultaneously. When a passenger gets his test report and reaches the boarding area, he has to follow 30 steps directed by the CAA.

The airport Manager said the airline would make an official announcement in this regard before closing its counter.

ISLAMABAD – Pakistan has decided to put a ban on eight more countries including the Netherlands in the wake of ...

Furthermore, additional personnel of the Airport Security Force has been called in as all international passengers will go through a rapid security check before boarding, per reports.

KARACHI – Pakistan has detected its second case of the Covid-19 Omicron variant that first emerged in South ...