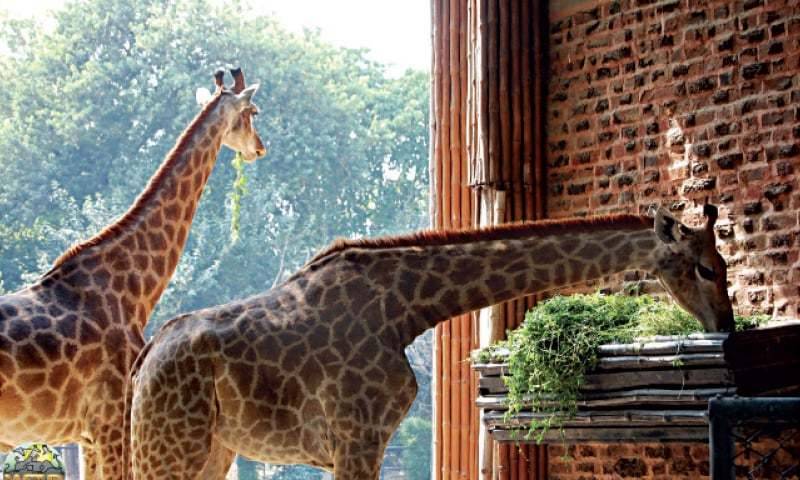 PESHAWAR – The recent death of two Giraffes in mysterious circumstances at Peshawar Zoo has been attributed to an undiagnosed dangerous viral infection, posing threats to other animals at the facility.

"The zoo administration and its veterinary staff have reached to the conclusion that death of two Giraffe in the months of April and June 2020 is because of a viral disease which is still undetected despite approaching different laboratories in the country," said Iftikhar Ahmad, Director Peshawar Zoo.

"The exact details of virus infecting the animals could not be ascertained yet, but it is clear that death is because of a dangerous virus," Iftikhar said.

Iftikhar, who has also tested positive for coronavirus and getting treatment at home, said "There is no laboratory in the country having ability to detect details of virus infecting an animal." However, he continued,we conducted clinical tests from different laboratories for diagnosis of reason causing death of animals and reached to the conclusion that this was because of a viral infection.

The viral infection was very dangerous and kills the animals within hours, Iftikhar apprises and added that zoo administration has taken safety measures including sanitizing of premises besides keeping the enclosures clean round the clock.

Iftikhar said presently coronavirus has become pandemic across the globe and few leopards at a zoo in United States also become infected from it.

Keeping that incident in mind, we also approached different laboratories in the country to find out weather it was because of prevailing pandemic that affected the animals at Peshawar zoo but unfortunately there was no such laboratory which could detect and find out which kind of virus infected the giraffes.

Iftikhar also regretted that on social media a smearing campaign was being launched against zoo administration blaming that animal deaths was due to lack of care.

He said all of the administration of Peshawar zoo were performing their duty with full devotion despite spread of deadly coronavirus in whole country.

Iftikar said due to dedication to duty and care of zoo animal, he himself along with some admin officers and other staff members have become infected from coronavirus and were now fighting for life with the disease.

He said he was personally in isolation at home, taking medicine to recover from the disease and in this condition he was fully in contact with the staff members.

He said the staff members of Peshawar zoo tried their best to safe animals from death but like human beings, animals were also mortal.

Peshawar zoo was providing shelter to different species of animals and birds found in different parts of the world.

The level of care of animals at Peshawar zoo could be gauged from the fact that majority of wild species including animal and birds brought to the facility have started reproduction in captivity, indicating provision of proper environment, care and food to them.

Since its establishment around a couple of years ago, around 50 species at Peshawar zoo have given birth of cubs, he added. While number of birds was in hundreds.

Giving a reference of animal deaths in different zoos in the country, Iftikhar said around 30 to 35 giraffes died during the last three to four years soon after reaching into the zoo. While these giraffes spent much time in Peshawar zoo.

He said giraffe is a very sensitive animals and need much extra care for survival.

He also informed that after death of animals, food and water given to them and other animals of the zoo was tested from laboratory and was found suitable for consumption.

He also requested all the veterinary experts in the country that if they wanted to extend any help for detection of viral infection and safety of other animals at Peshawar zoo, their cooperation would be highly welcomed and appreciated.