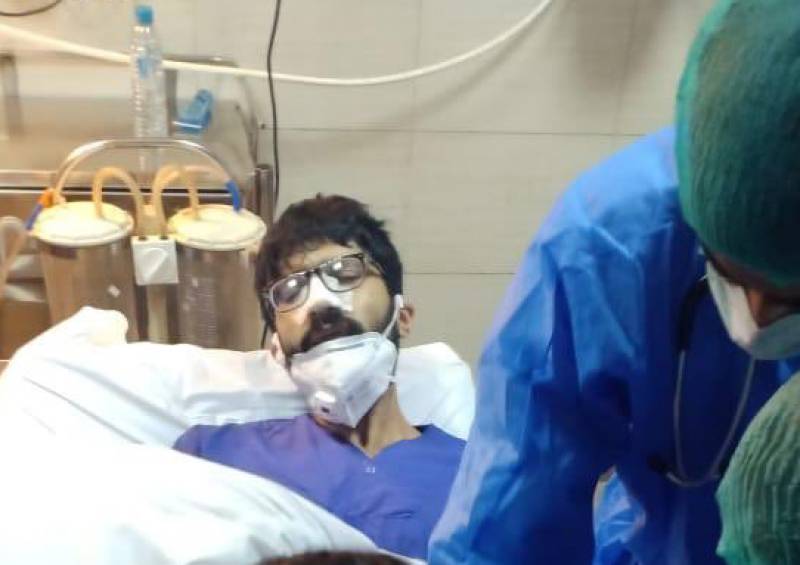 The cop has been identified as Kamran alias Kami, who is a CTD official deputed in Civil Lines. A police officer said that the suspect is mentally ill.

The injured person, Dr Fahad, sustained two bullet wounds in his legs and was shifted to Jinnah Postgraduate Medical Hospital (JPMC). He is said to be in stable condition.

Following the incident a chaos erupted at the hospital and the emergency ward was closed for all patients with heart problems.

The assailant was held by nearby citizen and guards of the hospital when he tried to escape and later he was handed over to police for legal action.

While Kamran’s statement is yet to be recorded, a WhatsApp voice note was sent by CTD-II Civil Lines In-charge Inspector Raja Umar Khattab shortly after the incident, wherein Khattab claimed that the detained cop had a mental health condition and had been unwell for the past few days, reported Express Tribune.

Khatab further said that Kamran had visited the hospital on Tuesday seeking medication for his sleeping problem but one of the doctors named Dr Parkash refused to suggest any medicine causing brawl between them.

At that time, the policeman left the hospital but he returned on Wednesday night when he asked to see Dr Prakash again, the in-charge said, adding that the accused lost hit temperament after not finding the said doctor and opened fire.

A case is yet to be registered against the suspect.