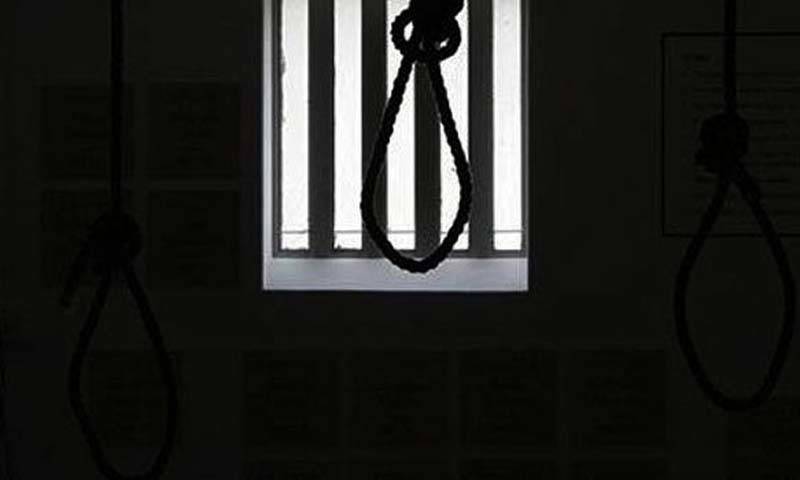 LAHORE (Web Desk) – At least nine another death row inmates hanged to death in various jails of the country while execution of two convicts has been postponed for fifteen days, local media reported on Wednesday.

According to detail, two criminals including Zakir Hussain and Ghulam Muhammad were executed in Jhang District Jail. Hussain had murdered a person in 1998 whereas Ghulam Muhammad was involved in murder of his brother-in-law in 2000.

In Mianwali Central Jail, Ahmad Nawaz was hanged till death for killing a person identified as Javed in 1998.

Another two prisoners including Muhammad Saeed and Shafaqat Ali were executed in Faisalabad Central Jail for killing two brothers in 1998.

Tahir Bashir was executed in Kot Lakhpat Jail Lahore for murdering a person over minor dispute in Sabzazar area in 2000.

A prisoner identified as Asad Khan was sent to the gallows in Attock jail.

Moreover, hanging of two convicts Azhad Mehmood and Ramzan was postponed for 15 days in Gujrat District Jail.Earlier on Tuesday, 12 male convicts were hanged in Pakistan, the largest number of prisoners executed on the same day since an unofficial moratorium on capital punishment was lifted.

At first, the government said only militants would be executed. But last week it emerged that officials had quietly widened the policy for all prisoners on death row whose appeals had been rejected.

So far, 48 people have been hanged since December. More than 30 are scheduled to hang in the next week, an Interior Ministry spokesman said.

The ministry is reviewing the cases of hundreds more whose appeals have been exhausted. There are more than 8,000 prisoners on death row.