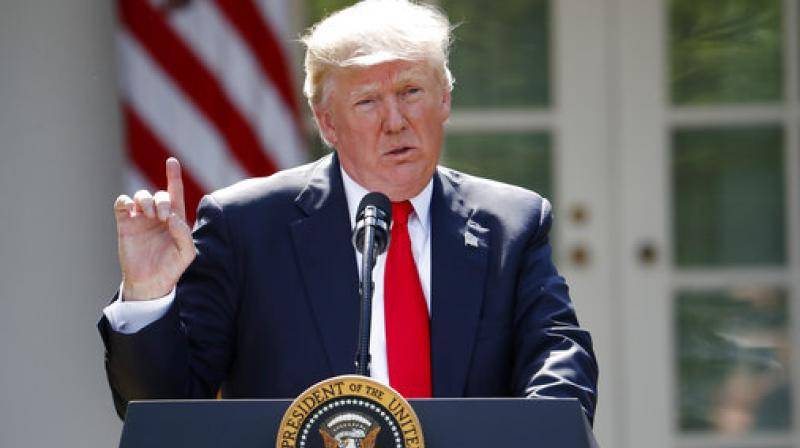 The orders came at a time when the presidential order regarding travel restrictions on  Iran, Libya, Syria, Yemen, Somalia, Chad and North Korea, as well as some Venezuelan officials was came into effect on Wednesday.

The latest order, which has been passed by US District Judge Derrick Watson, will not affect the the restriction regarding  North Korea and Venezuela.

Earlier, the US president's travel ban was announced for six Muslim-majority countries, but it was cleared by the Supreme Court with some changes.

Trump's third move was challenged by the state of Hawaii which sued in Honolulu seeking a ban on it. The petitioner submitted arguments that the president is not authorised under federal immigration law to bar citizens of other countries from travelling to the US.

The judge remarked that the new policy "suffers from precisely the same maladies as its predecessor".

BBC News quoted the judge as saying, "it lacks sufficient findings that the entry of more than 150 million nationals from six specified countries would be 'detrimental to the interests of the United States'".

The White House had contended the latest ban was announced in September following a worldwide review regarding security protocols and information sharing.

However, the Hawaii argued that the ban follows Trump's pledges, which have been made during election campaign regarding total ban on Muslims' entry into the US.

Other American states, including Washington state, Massachusetts, California, Oregon, New York and Maryland are also seeking to restrain the ban in Seattle.

On Sept 24, US President Donald Trump had announced new travel restrictions for visitors to the United States, extending the travel ban to eight countries.

Under the new presidential proclamation, seven of the countries will have to face a ban that will cover most of the citizens, while the restrictions have been imposed on a group of Venezuela's officials and their families.

“As president, I must act to protect the security and interests of the United States and its people,” Trump’s statement said.

The president later tweeted: “Making America safe is my number one priority. We will not admit those into our country we cannot safely vet.”

Trump announced the first ban in January  targeting refugees and seven Muslim countries. The ban was later suspended by the federal courts citing that this was against religious freedom.

In March, Trump had issued the second order imposing the ban on six Muslim-majority countries. Some parts of the ban were allowed by the Supreme Court through a ruling.