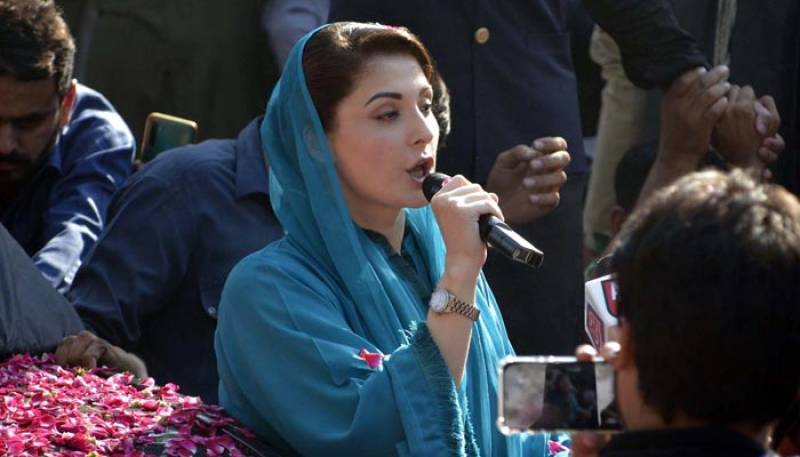 KARACHI – PML-N’s vice president Maryam Nawaz arrives in Karachi for PPP’s power show under PDM banner. Maryam Nawaz was welcomed by a large number of party workers. at the airport.

She will address a mass rally of the Pakistan Democratic Movement (PDM) today at the Jinnah Ground along with other party leaders.

Making her first public appearance in the metropolitan, she is headed to the Quaid’s mausoleum to offer fateha.

Pakistan Muslim League Nawaz has claimed to have set up camps on 17 spots to welcome her.

The Karachi PDM Rally is the second after Friday’s show in Gujranwala. JUI-F chairman Maulana Fazlur Rehman and PPP chairman Bilawal Bhutto will also make speeches at the general meeting.

Earlier speaking at a gathering of thousands of people at the venue, Maryam said she was fighting for businesses that had been destroyed during the tenure of the ruling government and journalists who were being censored.