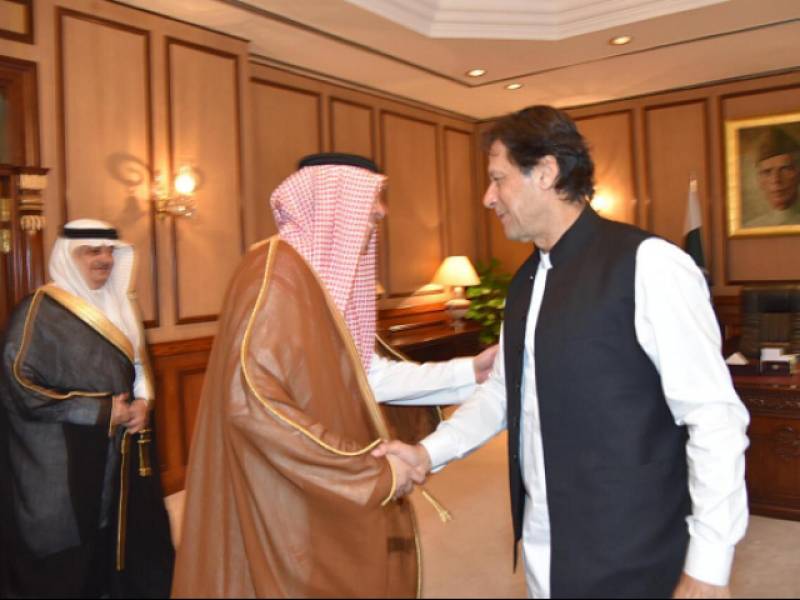 ISLAMABAD - Many in Pakistan are not happy to watch their Prime Minister, Imran Khan, making his first official visit to Saudi Arabia on a Pakistan Air Force plane.

Khan, who took oath as the country's leader for next five years last month, had vowed to bring strict austerity measures including non-use of a special plane for international tours.

But it turned out to be another pinky promise by a politician, who has reached the corridors of power after 22 years of struggle, as PM Khan failed to keep his word.

The first directions Khan's cabinet had given to their ministries’ staff and officers,

after their inauguration in August, were on adopting austerity measures and ensuring merit at all levels.

Even the country's Information and Broadcasting minister, Fawad Chaudhry, sealed the promise of austerity by tweeting that the premier will use a commercial flight for international travels instead of a private plane.

Prime Minister will not use his plane for international travel however, for domestic travelling progocol ll not be changed just a clarification

Khan is expected to sign landmark agreements – which would bring massive investment in the crisis-hit country – in the Holy Kingdom; however, his departure has set the tongues wagging at home.

Earlier, in a similar fashion, Foreign Minister Shah Mehmood Qureshi also used the PAF plane for his first tour to Kabul over the weekend. However, at that time, the travel was justified by the party loyalists owing to security concerns in the war-torn province.

The PM's first visit abroad has opened a 'pandora box', with critics arguing why Khan had to take the special plane for Riyadh visit as there are no serious threats for the Pakistani premier in the Islamic kingdom.

They also criticise the 66-year-old cricketer-turned-politician for preferring luxury trips abroad while preaching the public at large to lead a simple life.