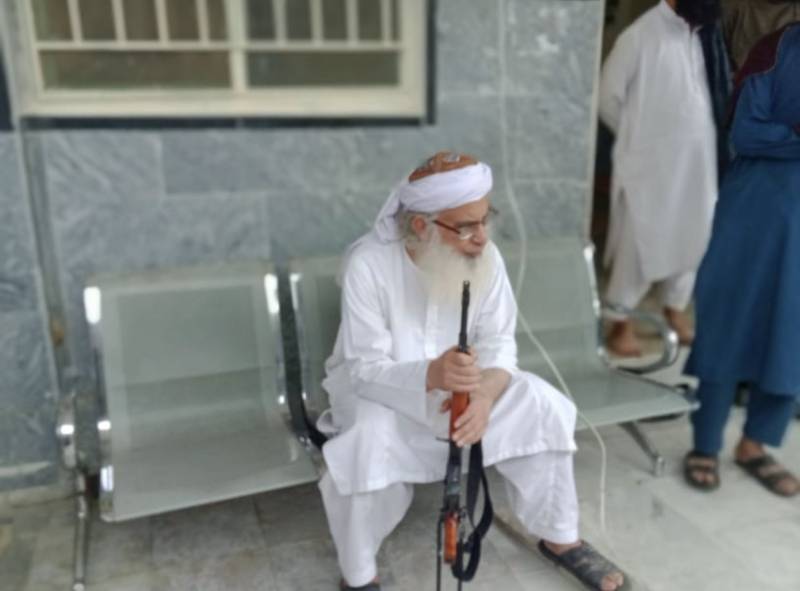 ISLAMABAD – A case has been registered against the Khateeb of Lal Masjid or Red Mosque Maulana Abdul Aziz in the Pakistani capital for threatening policemen who came to remove Afghan Taliban’s flags hoisted at Jamia Hafsa, a seminary run by the cleric’s wife.

The flags were flown atop the seminary building after the Taliban took control of Afghanistan. 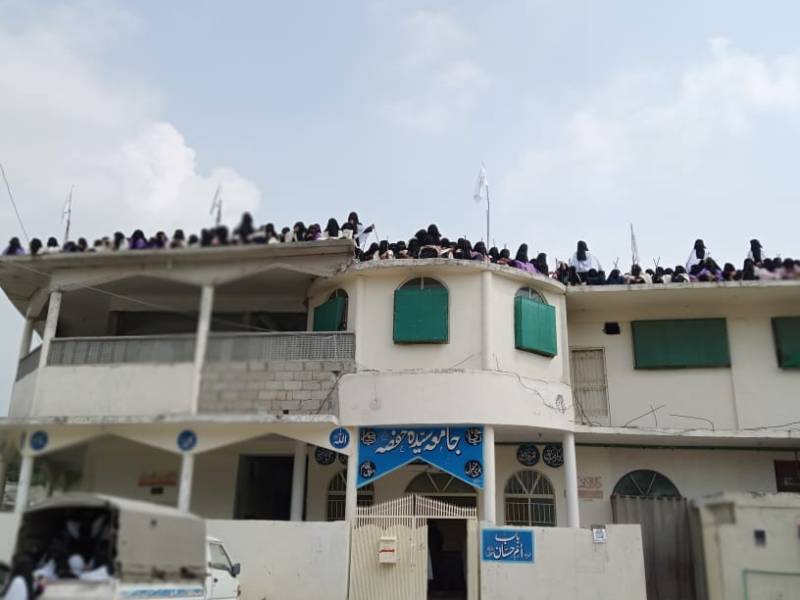 In a video circulating on social media, he can be heard telling police officials to raid the places where crimes are committed.

Aziz further said, "Don't you dare touch us or you will be taught a lesson by the Pakistani Taliban. Keep it in mind."

In another picture, the Lal Masjid cleric can be seen sitting outside the seminary holding a rifle in order to stop the police officials removing the Taliban flag.

The name of the cleric is already in fourth schedule for various anti-state activities.

The Fourth Schedule is a list of proscribed individuals who are suspected of terrorism and/or sectarianism under Anti-Terrorism Act (ATA), 1997.

ISLAMABAD – The khateeb of Lal Masjid or Red Mosque in Pakistan’s capital says that it is “forbidden ...