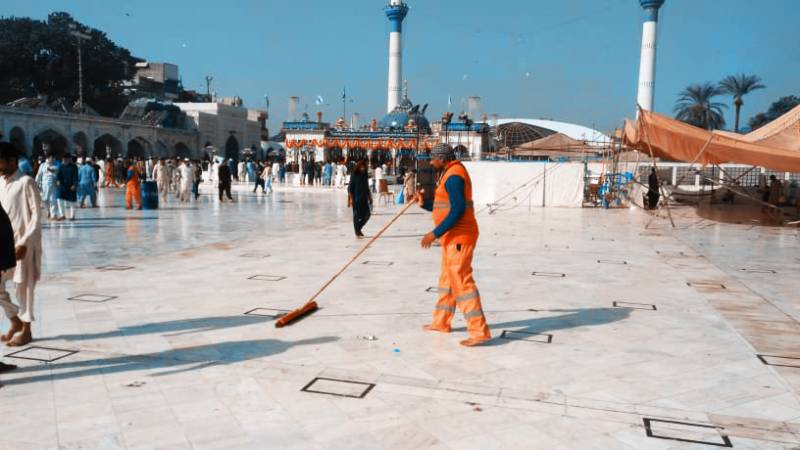 LAHORE – A man was shot dead while his two daughters and a passerby suffered injuries in firing incident that stemmed from a minor dispute over the distribution of langar near Data Darbar in the provincial capital.

The incident occurred on the last day of three-day celebrations of the 979th Urs of Hazrat Ali bin Usman Hajveri popularly known as Data Ganj Bakhsh.

Local police told media that the two were engaged in a dispute during the distribution of food among pilgrims.

The deceased, identified as Asghar, was waiting to get langar in a queue along with his daughters when he picked up a fight with another man who resorted to gunfire killing Asghar and injuring his two daughters.

The injured persons were shifted to the hospital for medical treatment while the culprit, Babu Jatt, managed to escape from the scene.

A case was lodged and further investigations are underway.

LAHORE – The shrine of Sufi saint Hazrat Usman Ali Hajveri among 547 others has been closed for devotees amid the ...

The disturbing incident occurred despite strict security arrangements from provincial administration as thousands of devotees flocked to Data Darbar for the annual urs of the Sufi saint.