PAKvZIM – Pakistan team practice in Harare ahead of first T20 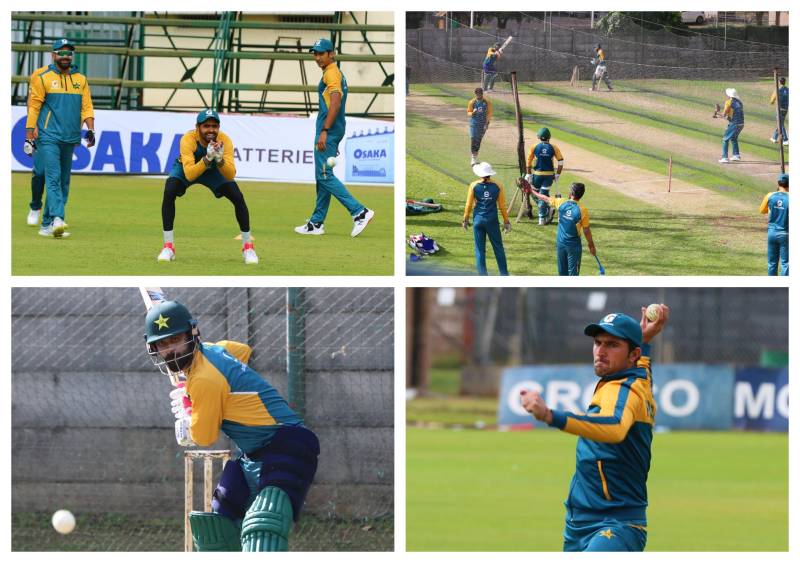 Pakistan team has started its preparation for the first match of a T20I series against Zimbabwe after concluding their successful tour to South Africa.

The national squad arrived in Zimbabwe on Sunday where it will play the three-match T20I and 2-match Test series.

After the T20I series, the Test Series will begin with the first Test to be played on April 29 while the second and last one will be played on May 07, 2021.

Both the Tests as well as three T20Is will be played at the same venue, Harare Sports Club, Harare.

LAHORE – Pakistan captain Babar Azam, who left her fans stunned with his impressive batting during recently ...

With an impressive performance by Fakhar Zaman, Pakistan thrashed South Africa by three wickets in 4th and last T20I ...