US President says troops could stay in Afghanistan past withdrawal deadline 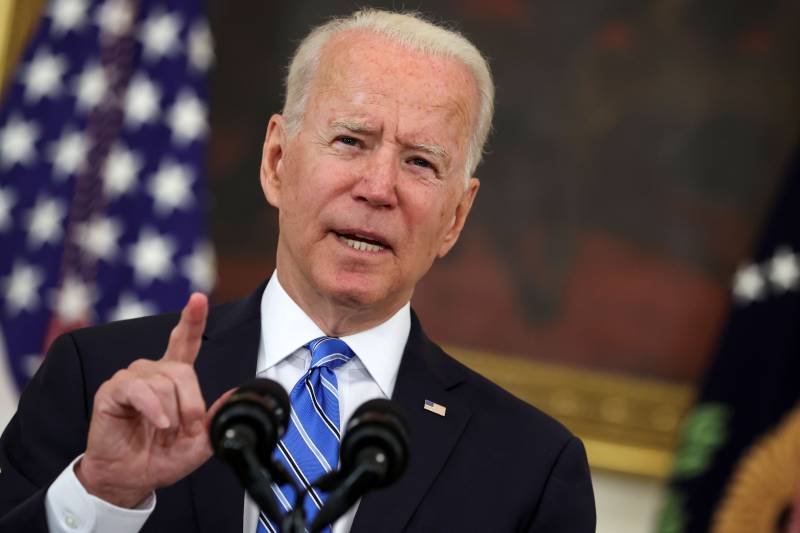 WASHINGTON – US President Joe Biden, who has come under fire for defending withdrawal, said troops will stay in Afghanistan until the evacuation of all Americans even if Aug. 31 deadline ends.

Speaking with a US media outlet in his first on-camera interview, Biden said “the US will do ‘everything in our power’ to evacuate Americans and allies from Afghanistan”.

EXCLUSIVE: Pressed on whether the U.S.'s exit from Afghanistan could have been handled better, Pres. Biden tells @GStephanopoulos, "The idea that somehow, there's a way to have gotten out without chaos ensuing—I don't know how that happens." https://t.co/mH1AyWI5lb pic.twitter.com/osAwdDQy2L

The 78-year-old, while defending the withdrawal, said he doesn't think ‘the crisis represents a failure and there was no way to better handle the drawdown’. He went on to say that the chaos in the country was inevitable after US troops departed.

He further added that the insurgents were currently assisting the US forces they'd spent so many years battling at least in helping foreign nationals to escape. “They're cooperating, letting American citizens get out, American personnel get out, embassies get out”, he added.

At least 15,000 Americans remain in Afghanistan after the Taliban took full control of the nation last weekend.

Meanwhile, the panicked evacuation, coming weeks after Biden predicted the Taliban's takeover in Afghanistan was not inevitable.

Earlier, in his first speech following the Taliban takeover, he said “I stand squarely behind my decision. After 20 years I've learned the hard way that there was never a good time to withdraw US forces. That's why we're still there.”

However, he acknowledged that the Taliban's resurgence was unexpected as the rapid advance stunned American officials who predicted that the Afghan army would either repel the militants or hold them off for months.