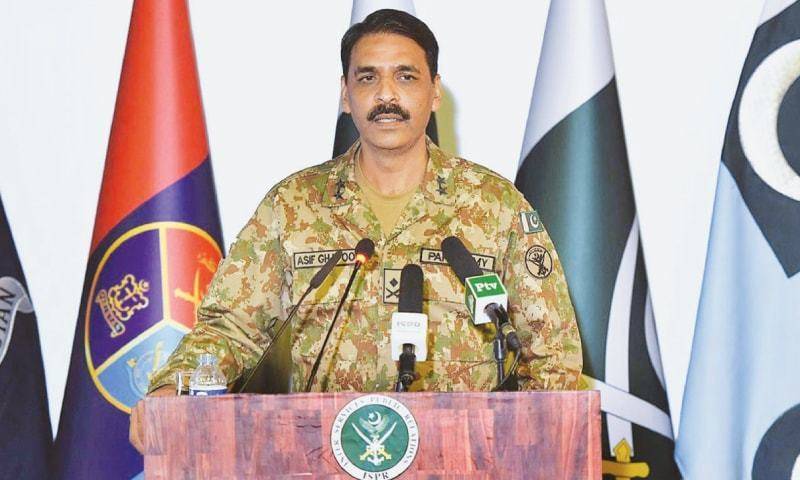 The verdict, especially its words transgressed humanity, religious and cultural values, the army’s spokesperson said in a short press conference, which came hours after the special court issued the detailed verdict in the case.

ISLAMABAD - A special court in Islamabad has sentenced former president Pervez Musharraf to death in the high treason ...

He did not specify any part of the verdict but the para 66 of the judgement says, “"We direct the law enforcement agencies to strive their level best to apprehend the fugitive/convict and to ensure that the punishment is inflicted as per law and if found dead, his corpse be dragged to the D-Chowk, Islamabad, Pakistan and be hanged for 03 days”.

DG ISPR said that army had expressed concerns after the former president was awarded death sentence in the short order of the court. “The concerns raised at that time are proving to be true,” he highlighted.

Following the short verdict on December 17, ISPR said in a statement that the "decision given by special court has been received with lot of pain and anguish by rank and file of Pakistan Armed Forces".

Highlighting the prestige of the institution, he said the Pakistan armed forces is an organised institution and its members have taken the oath to sacrifice their lives for country.

"We are today facing a hybrid war. We are fully aware of this changing nature and character of war. We also understand the enemy, its facilitators, supervisors and their possible designs," he told the press conference.

The country is facing threats from both internal and external enemies, he said, adding that befitting response will be given those who are dreaming of Pakistan.

“Some elements want to provoke us into fighting amongst ourselves,” he said but made it clear, “This will not happen”.

He said that Chief of Army Staff General Qamar Javed Bajwa held a meeting with Prime Minister Imran Khan and conveyed reservations on the Musharraf verdict.