If found dead, Musharraf's corpse be dragged to D-Chowk, and be hanged for 3 days: Detailed verdict 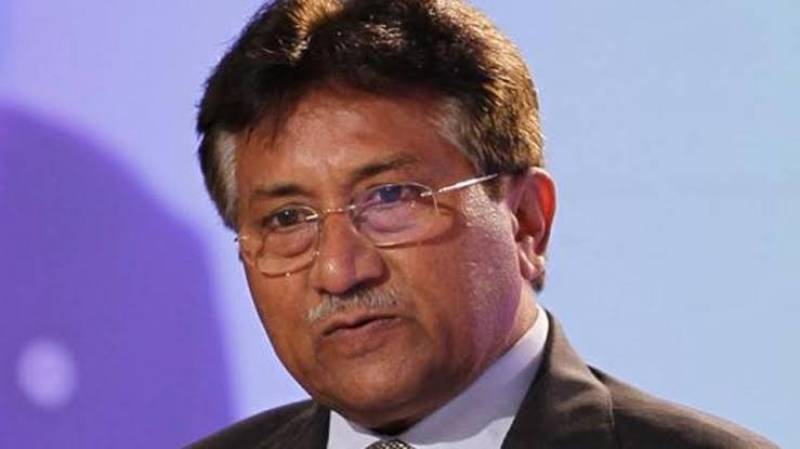 ISLAMABAD – A special court in Pakistani capital has issued a detailed verdict of the high treason case against former president Pervez Musharraf, ordering that if found dead, the convict's corpse be dragged to the D-Chowk, Islamabad, and be hanged for three days.

The 167-page verdict includes a dissenting note by Justice Akbar. Justice Seth and Justice Karim said that the evidence presented had proved that he committed a crime. The verdict has been authored by Seth. Justice Karim concurred with the findings and punishment with the exception of paragraph 66 which mentions "dragging the body to D-Chowk".

"It is patent by the act and conduct of the accused facing trial, that he has persistently and stubbornly strived ever since the commencement of this trial, to delay, retract and in fact evade it. It has been his plea throughout that either on account of ill health or for security hazards he could not reach up to this Court to face trial," said the judgment.

"If for a moment it is presumed that military high command including core commanders were not involved then why they failed to defend and protect the Constitution of the Islamic Republic of Pakistan, 1973 by not restraining a man in uniform […] the then Corps Commanders Committee in addition to all other uniformed officers who were guarding him each and every time, with boots on, are equally and fully involved in the act and deeds of the accused person,” says the judgment.

"The trial of high treason is the requirement of the Constitution against those individuals who undermine or attempt to undermine the Constitution by any means. This court after the presentation of undeniable, irrefutable and unimpeachable evidence by the prosecution against the accused reaches the conclusion that indeed the accused is guilty and deserves exemplary punishment.

"As a necessary corollary to what has been observed, we find the accused guilty as per charge. The convict be hanged by his neck till he dies on each count as per charge," says the verdict in its order.

"We direct the law enforcement agencies to strive their level best to apprehend the fugitive/convict and to ensure that the punishment is inflicted as per law and if found dead, his corpse be dragged to the D-Chowk, Islamabad, Pakistan and be hanged for 03 days.

"Indeed, this portion of the judgment and execution is nowhere defined but since it is first impression cases and the sentence of death is announced in his absence after declaring the convict as proclaimed offender, therefore, the sentence is supposed to be executed.

“It would be in the interest of justice that all those involved (if any) in facilitation of the escape of the fugitive accused may also be brought in the net of due course of law and their criminal acts (if any) may be investigated and tried in accordance with the law.”

Justice Nazar of the Sindh High Court, who dissented from the verdict, pointed out that the word ‘high treason’ is not defined in the Constitution and the court relied on the definition given in dictionaries.

“In the offence under Article 6 of the Constitution, the charging word is ‘high treason’, therefore, without properly appreciating what does it mean, this Court cannot pass a just and fair verdict,” the note reads.

“Admittedly the word "high treason" is not defined in the Constitution or any other relevant law for the benefit of this Court. But for this reason, both the learned counsel for the prosecution and my learned brothers have referred to the definition of "high treason" by relying on the meaning of ‘High Treason’ given in the Oxford Dictionary (tenth Edition).”

Army in 'pain and anger'

Earlier on Wednesday, the special court had handed death sentence to Musharraf for imposing a state of emergency on November 3, 2007.

The short verdict stated that the court had found the former president guilty of high treason according to Article 6 of the Constitution of Pakistan.

It was a majority verdict, with two of the three judges giving the decision against Musharraf. SHC's Justice Akbar had dissented from the verdict.

On Tuesday, Director-General of the Inter-Services Public Relations (ISPR) Major General Asif Ghafoor said that the special court verdict in the Pervez Musharraf treason case has been received with “a lot of pain and anguish within the rank and file of Pakistan armed forces”.

The incumbent government had also expressed its reservations over the verdict, saying the requirements for a fair trial under Article 10-A were not fulfilled in the case.