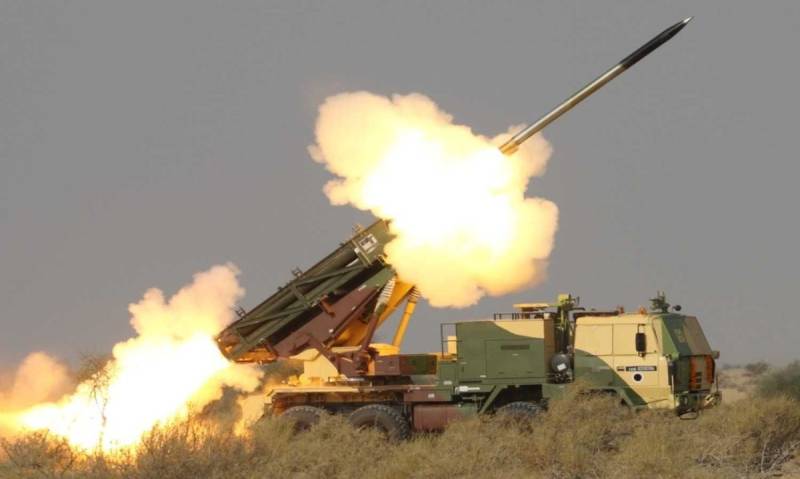 NEW DELHI – India’s state-funded defence research body DRDO has successfully test-fired its upgraded version of Pinaka guided rocket system from a base in eastern state of Odisha, according to media reports.

The flight of the Pinaka guided rocket was successfully tested from Integrated Test Range, Chandipur, off the Odisha coast on Thursday.

Pinaka is an artillery missile system capable of destroying 900 square metres at a 20-80 kilometre range by firing a salvo of 12 rockets within 48 seconds.

The Pinaka Mk-II rocket is modified as a missile by integrating with the navigation, control and guidance system to improve the end accuracy and enhance the range.

It is believed that the guided version of the Pinaka system is being developed in order to deliver nuclear warheads at short ranges, the Sputnik reported.

The Indian Army intends to have 22 Pinaka regiments by 2026, including 12 regiments of guided Pinaka missiles. Each regiment would consist of three batteries of six Pinaka launchers mounted on Tatra trucks.

The Indian Army has 62 SMERCH batteries, which provide lethal support to infantry and tanks for launching frontal attacks.

Early in the day, Pakistan military said that it is ready to respond to India in case of any misadventures by its eastern neighbour.