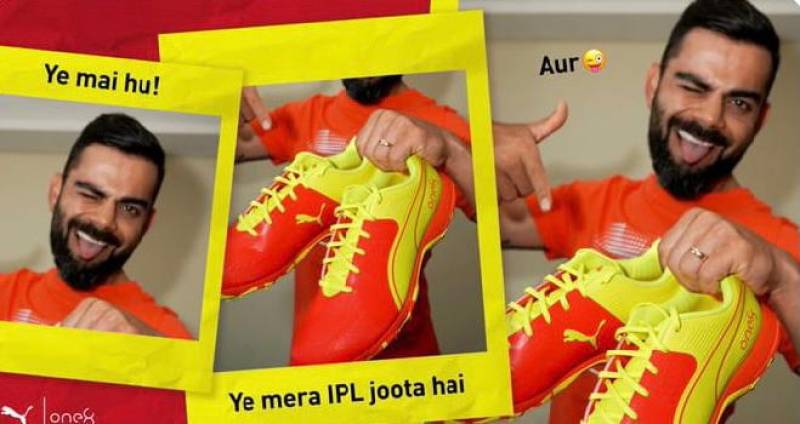 Ever since Pakistani social media influencer Dananeer Mobeen’s “Pawri horai hai” video has been storming the internet, celebrities around the world have been recreating the viral video, and India's cricket team captain Virat Kohli is no exception.

The 32-year-old cricketer took to his Twitter handle and posted picture collage of himself, in which he is holding a pair of shoes in his hands and recreating the viral meme. The picture is of an advertisement of PUMA – a shoe brand, whose ambassador is Virat Kohli.

Previously, quite a number of celebrities, as in former cricketer Wasim Akram actor Saba Qamar, Mahira Khan, Momal Sheikh, Bollywood actors Deepik Padukone, Shahid Kapoor and Randeep Hooda and many other recreated and posted their hilarious improvisation of the viral trend on social media.

Originally, the hilarious video Dananeer posted was aiming at mimicking the burgers (rick kids) when they visit northern areas of Pakistan.

The '#PawriHoraiHai' fever is transcending borders and gaining popularity across the border as the trend has taken over ...