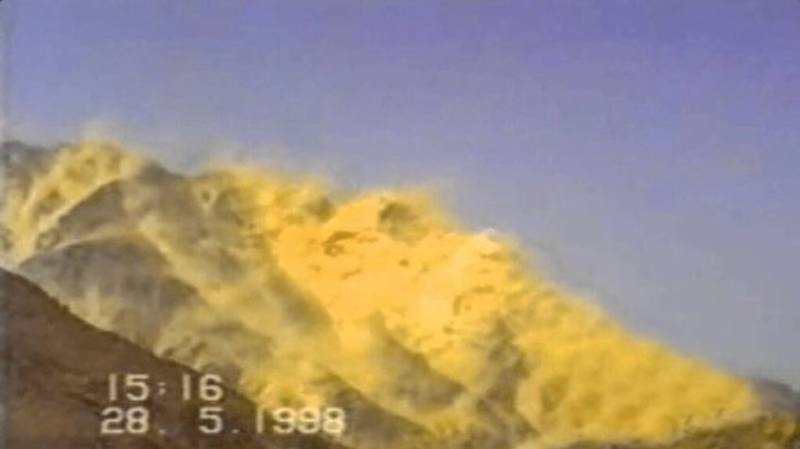 ISLAMABAD – Pakistan has announced to hold ten-day celebrations on the 24th anniversary of nuclear blasts conducted by Pakistan on May 28, 1998 to counter Indian aggression.

Federal Information Minister Marriyum Aurangzeb said that the decision has been taken by Prime Minister Shehbaz Sharif, who urged public to observe Youm-e-Takbir with national spirit in the style of Diamond Jubilee celebrations of 75 years of establishment of Pakistan.

She said that the national celebrations on Youm-e-Takbir will kick off today.

The premier, according to the information minister, has directed the federation, four provinces, Azad Jammu and Kashmir and Gilgit Baltistan to jointly hold the celebrations.

This year’s celebrations are being held under a theme of 'Na Jhukay Thay, Na Jhukain Gay (We did not bow down, we will not bow down).

The information minister said that 28 May 1998 is a day of national pride and Pakistan's great history of not bowing down for the sake of independence, sovereignty and national interests, Radio Pakistan reported.

She said that Pakistan was made a nuclear power under the leadership of former prime minister Nawaz Sharif and now it will be turned into an economic power.

The day is celebrated on May 28, annually to commemorate the historic event of conducting nuclear tests in 1998. This day not only made Pakistan seventh nuclear state of the world but also the very first Islamic state equipping nuclear arsenal.

The operation was conducted in Rasko hills of Chaghi district Balochistan. The reason of conducting the operation was to give a response to a total of five nuclear explosions by India.

ISLAMABAD – A stunning grand military parade was in the federal capital on Wednesday as part of the Pakistan Day ...