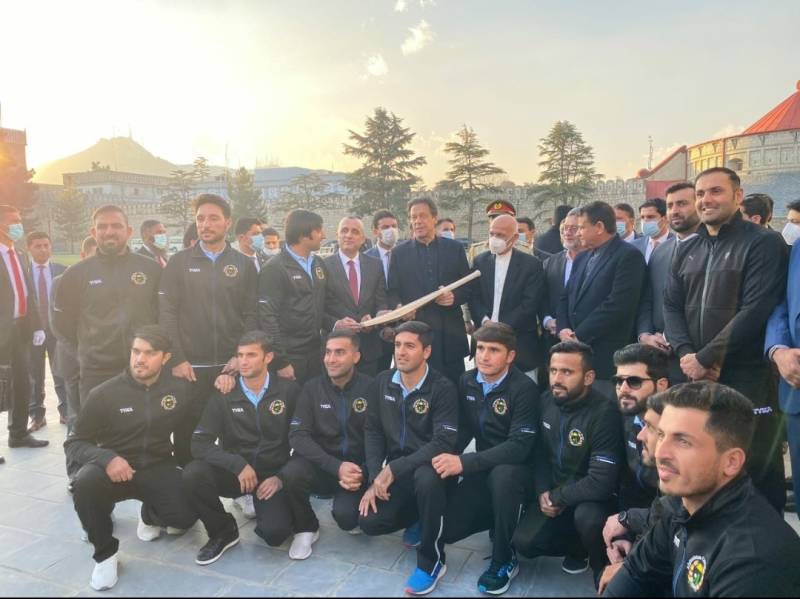 ISLAMABAD – Afghanistan National Cricket team has presented a signed bat to Prime Minister Imran Khan during his maiden visit to Kabul on Thursday.

According to Prime Minister’s Office, Afghan President Ashraf Ghani was also present on the occasion.

PM Imran Khan, a cricketer-turned-politician, was the Pakistani skipper who had led the country to win the 1992 World Cup.

Earlier today, Imran Khan has assured that Pakistan will take all possible steps to end violence and establish durable peace in Afghanistan.

He was addressing the joint press stakeout with Afghan President Ashraf Ghani after their talks in Kabul on Wednesday.

The premier, who is on a day-long visit in Kabul, said Pakistan deeply desired peace in the neighbouring Muslim country.

He also highlighted Pakistan’s role for talks between Taliban and the US and then for intra-Afghan dialogue.

Imran Khan said the people of Afghanistan have suffered violence for four decades.

He said the erstwhile FATA region of Pakistan also suffered massively due to the war on terror.

The premier said trade and connectivity between the two countries will increase in days to come.