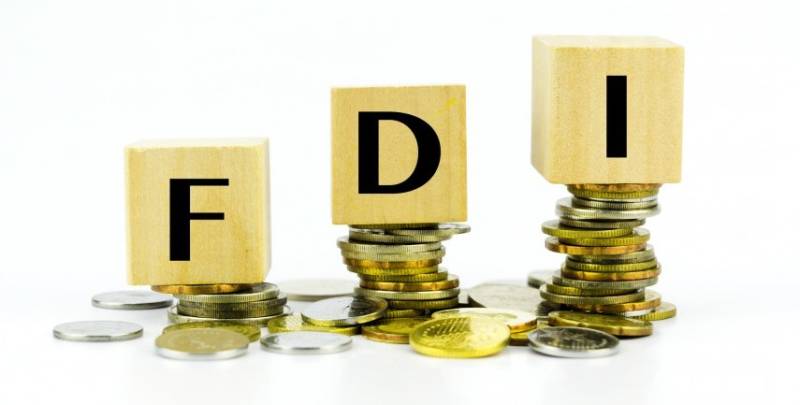 KARACHI - Pakistan observed an 56 percent increase in the wake of foreign direct investment (FDI) during the first quarter of fiscal year 2017-18 on year-on-year basis, the State Bank of Pakistan (SBP) reported on Wednesday.

With an increase of $238.5 million, the inflows surged to $662 million from $423m of last year during the first quarter.

The incumbent government is facing hardships in meeting foreign obligations due to widening deficit under the heads of current account and trade.

However, foreign exchange reserves showing a positive note as its major sources, including foreign remittance and exports showed growth with the start of new fiscal year.

According to statistical data, Chinese investment rose 216 percent to $430 from $136 on year-on-year basis during the first quarter. The investment makes 65 percent of the total foreign investment.

During the first quarter, investment from Malaysia stood higher after China with $111m. The investments from other countries were less than $30m.

The investment from the United Arab Emirates, United States and Hungry were about $22m each while FDI from France remained $28.5m.

In the wake of overall foreign private investment, an increase of 29.5pc to $583.7m was observed during the quarter.

During the said period, a net outflow of $78.2m in portfolio investment was registered reducing the impact of higher FDI.